The Limousins swept up at this year's Highland Show, clinching three of the top beef ring titles, including the Interbreed Championship.

The stylish heifer Grahams Niaomi came through the field to be crowned with the Interbreed Supreme Championship at the 2018 Royal Highland Show at Ingliston, Edinburgh.

Grahams Niaomi stood out in what was described as an "exceptional show of Limousin cattle" with a particularly strong line up of females.

"What I liked about her was her style right throughout - she has correct muscle in the right places and demonstrates great length,” he added. “There is no doubt that she will go onto make a great cow”.

The January 2017 born maiden heifer was brought into the ring by Jennifer Hyslop on behalf of the Graham family of Airthrey Kerse Dairy Farm, Bridge of Allan, Stirling.

The Champion is by the well-known Claragh Franco and out of Grahams Coffee. The combination already produced several show-winners and some sale toppers, reaching as high as 40,000gn.

More recently, the combination even set a new UK all-breeds record price of 8,000gn for an embryo sold at auction.

"This young heifer caught my attention as soon as she came into the ring," he said.

"She is just a beautiful animal, superbly light and easy on her legs, she looks like she will breed well, which, after all, is what it’s all about." 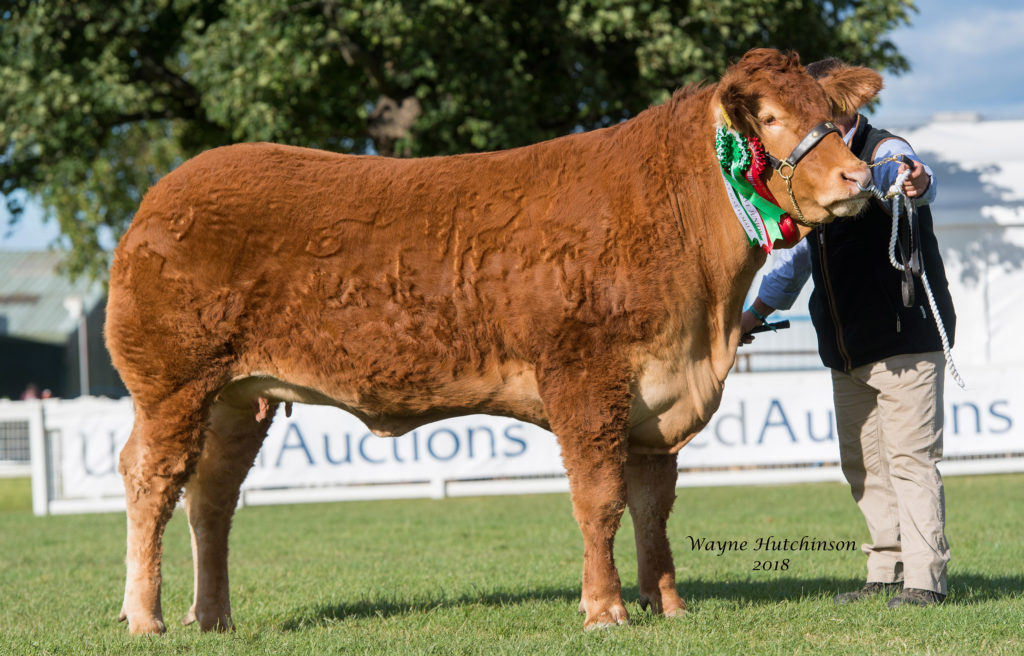 In what transpired to be a day for the ladies in the Limousin judging, Adam placed Foxhillfarm Minesagin as Reserve Junior Female Champion, Reserve Female Champion and Reserve Overall Limousin Champion.

Home-bred by Mike and Melanie Alford, Cullompton, Devon, the September 2016 born heifer is by the world-record priced Trueman Jagger and out of Foxhillfarm Justtheone.

Both the Graham and Alford family also enjoyed a number of other placings with their home-bred females during the afternoons female judging session.

As the male judging got underway, it was the Whinfellpark team of Cumbria who had something to smile about.

Their January 2014 born bull, Foxhillfarm Jasper, came through the field to be tapped out as Overall Male Champion. 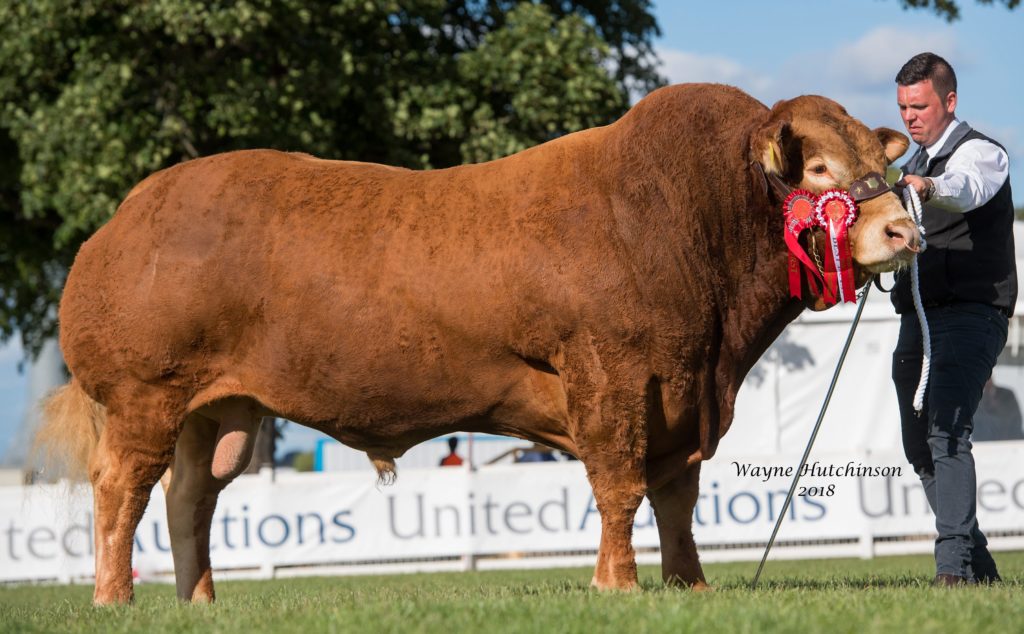 Bred by Mike and Melanie Alford, Jasper is by Loosebeare Fantastic out of Bankdale Alice. Overall Champion at the Limousin Sale at Carlisle in May 2015 he was purchased for 35,000gn and has had a glittering show career to date.

Foxhillfarm Jasper also went onto feature in the successful Pairs and Team of Four Interbreed teams.

Reserve Overall Champion rosette in the bull section went to Rahoney Isaac, a March 2013 born bull owned by a British and South African consortium, Meridian Genetics. On the day, he was exhibited by Harry Emslie from Kinknockie, Peterhead. 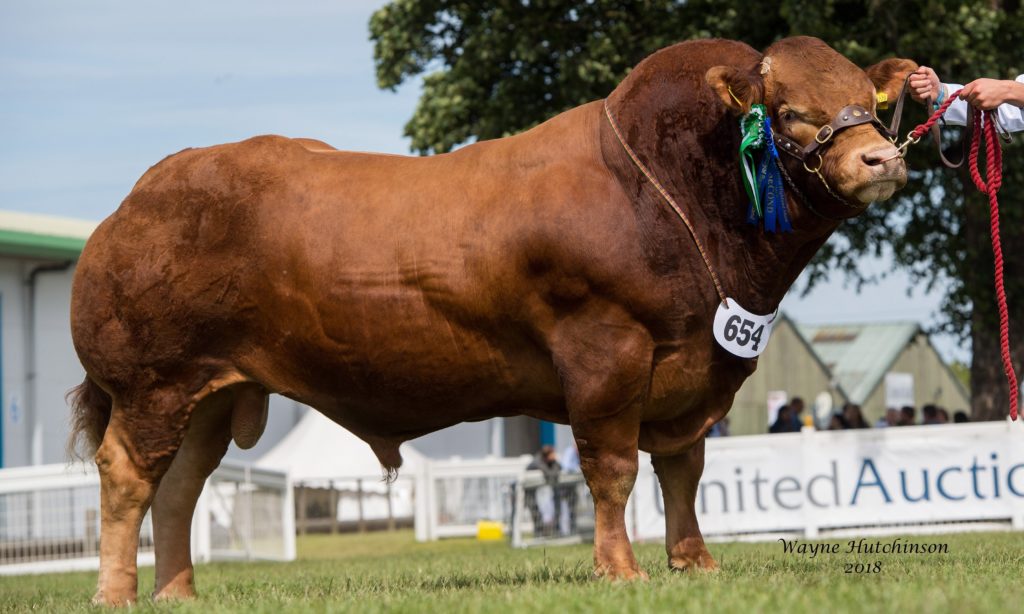 Sired by Haltcliffe Dancer, out of the Tanat Mostyn sired cow Rahoney Velma, Isaac was bred by H and D McFarland, Trillick, Co. Tyrone and purchased by Harry Emslie for 13,000gns at Carlisle in October 2014.

Earlier in the judging, the Champion Junior Bull came in the shape of Redpaths Nobleman from Redpath Farms, Heiton, Kelso.

This April 2017 born homebred bull is by Dinmore Jollygood out of Redpaths Hilary. Taking the Reserve Junior Bull spot was Foxhillfarm Napoleon from the Alford stable. Napoleon, April 2017 born is by the aforementioned Foxhillfarm Jasper and another out of Glenrock Illusion.

Pairs and Team of Four 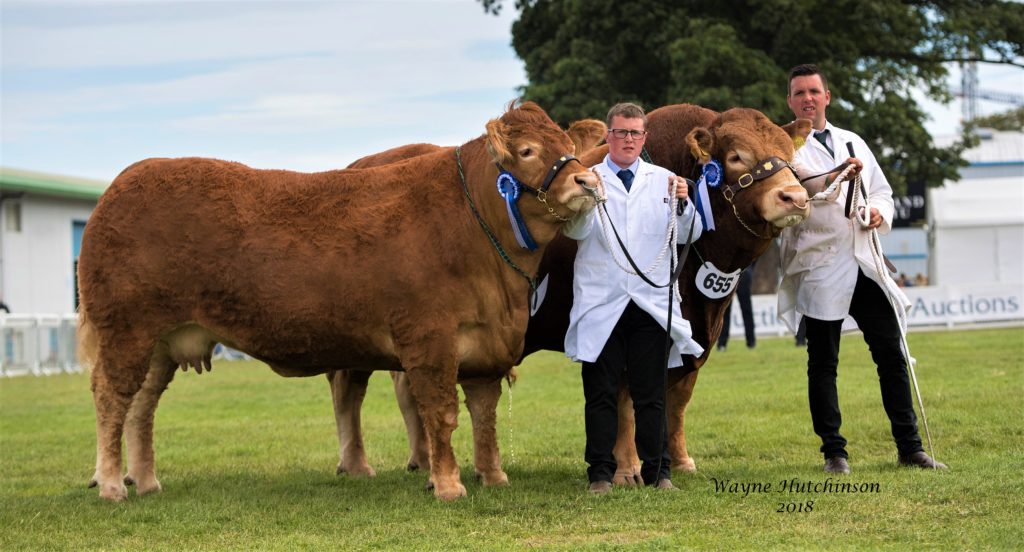 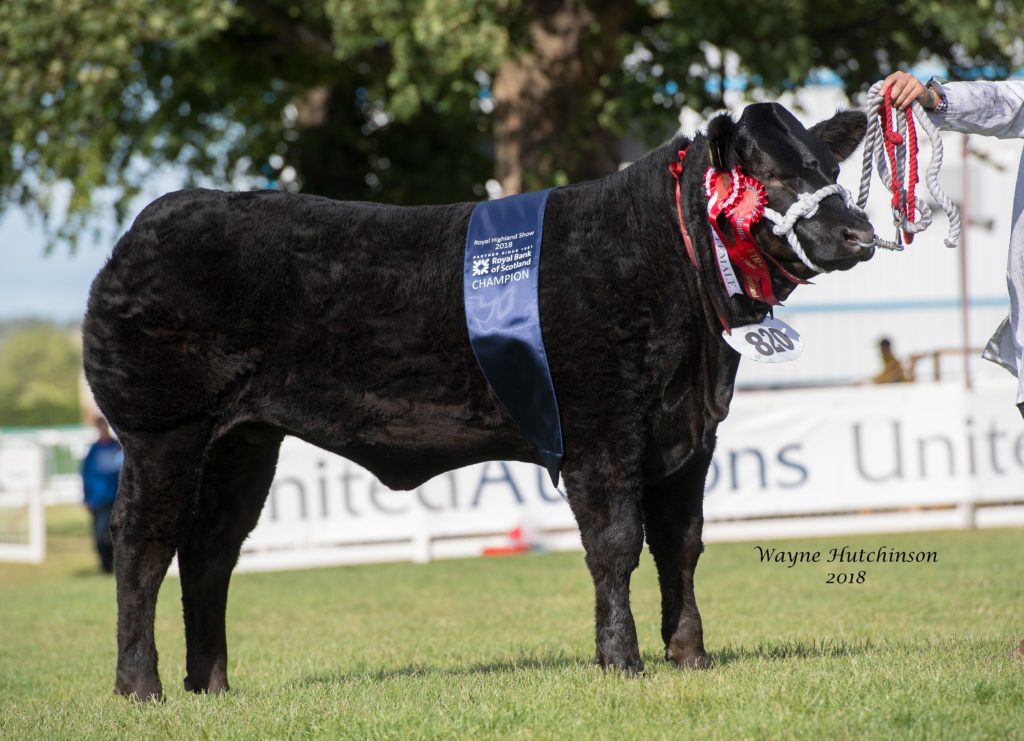 Flo Jo is sired by the well-known Trueman Idol. Small has been showing cattle in the UK over 20 years and in recent years has had notable success with Khaleesi, the show-stopping heifer by Swarland Eddie.

Flo Jo is following in her footsteps, having reigned supreme in the commercial cattle section at the recent Balmoral Show where she won Supreme Champion Commercial Beef Animal and Reserve in the Overall Interbreed Championship.