Holstein UK and Holstein Young Breeders (HYB) has announced its first-ever team to compete at the MASTERs Open competition in Verden, Germany in February.

Representing the UK in Germany, will be:

Taking place between February 24 and 27, the event sees young breeders from across Europe participate in clipping and showmanship competitions in two age categories.

On arrival in Verden, the team will be assigned their heifer ahead of the clipping and showmanship competitions on Tuesday and Wednesday. The competition will end on Wednesday afternoon with the results announced at the Young Breeder’s award ceremony.

Following the announcement of the competition results, the team will then be able to watch the MASTERRIND Exclusive Auction before finishing the day at the dairy breeders' party.

On Thursday, the team will then get to experience the 47th “Schau der Besten” Holstein cattle show, where 200 cows will compete to become 'Miss Schau der Besten 2020'.

18-year-old Emily (pictured top) lives on the family farm in Devon with their herd of pedigree Holsteins, Jerseys and Ayrshires.

She is currently studying for her Level 3 extended diploma in agriculture as well as working one day a week at Kivells agricultural market. Emily has been showing cattle since she was four years old and has been a member of Devon HYB for the last three years. 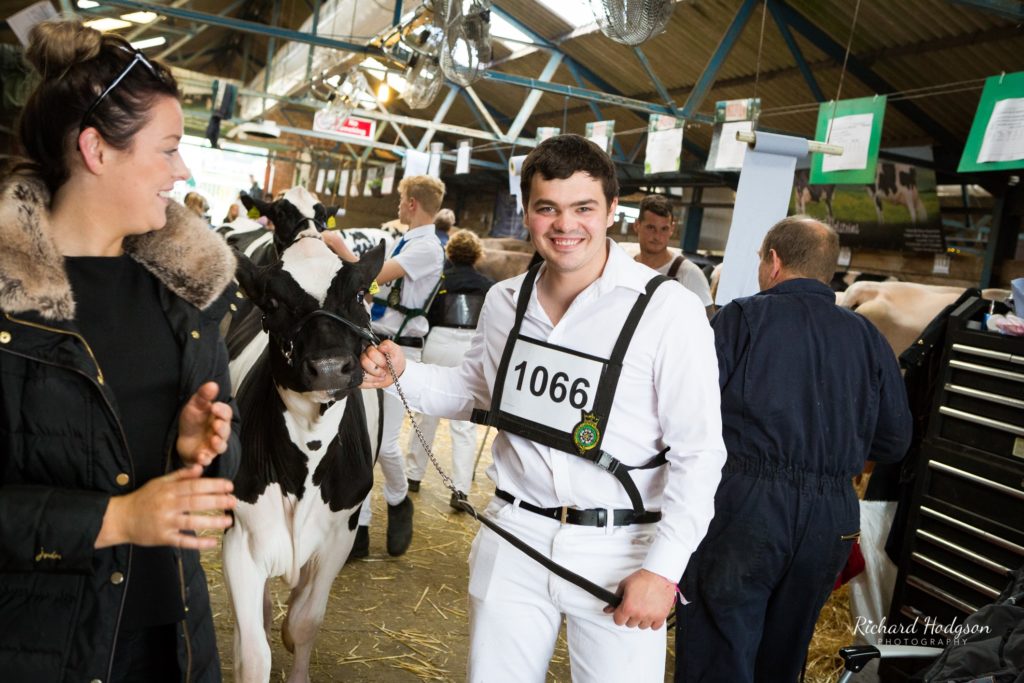 21-year-old Jonny (pictured above) lives and works on the family farm where they milk 100 pedigree cows registered under the “Shoreline” prefix.

The herd currently averages 10,200kg and comprises of 24 EX and 58 VG. His ambitions for the future are to continue to keep developing both the farm and the herd.

Since becoming an HYB member eight years ago, Jonny has excelled in the showing ring both at home and abroad.

He has twice been a member of Holstein UK’s Youth Team at the European Championships and won the clipping competitions as both a Junior (2016) and Senior (2019).

Closer to home, Jonny has: