How an Australian cattle rancher sold Microsoft $500,000 of carbon credits 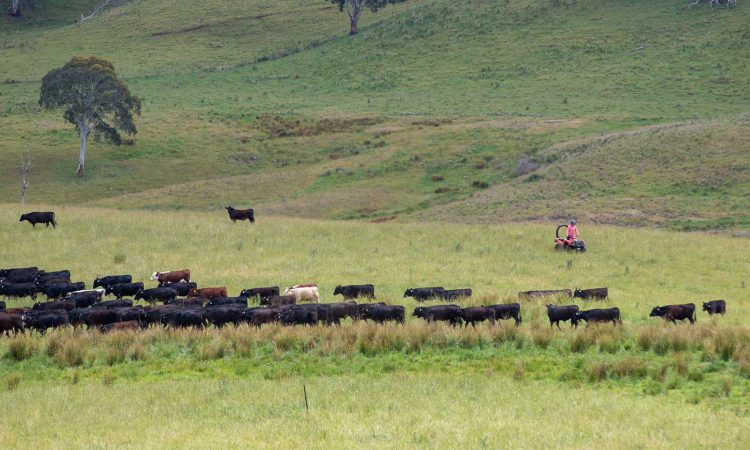 The deal is said to be one of the largest soil carbon credit issuances ever in Australia.

It’s understood Microsoft will buy half a million dollars worth of carbon credits from the New South Wales firm as part of the deal.

While the details of the deal have not been disclosed, according to Australian agricultural publication ‘The Land‘, the price paid is on par with the current contract price of Australian Carbon Credit Units.

According to The Land, the credits come in the form of more than 40,000t of sequestered soil carbon, which Wilcot has been able to achieve through “sophisticated grazing management”.

It’s not the first interest Microsoft founder Bill Gates has shown in farming. A US report released earlier this year revealed the tech entrepreneur to be the biggest private owner of farmland in the US, after he bought up 242,000ac in 18 states.

‘Progress requires not just a bold goal but a detailed plan’

Microsoft estimates its carbon emissions to be around 16 million tonnes a year.

A year ago, Microsoft announced its commitment to be carbon negative by 2030, and by 2050 to remove from the environment all the carbon the company has emitted either directly or by electrical consumption since it was founded in 1975.

The firm has also pledged to invest $1 billion (USD) in a climate innovation fund.

Speaking at the time, a spokesperson for Microsoft said: “While the world will need to reach net-zero, those of us who can afford to move faster and go further should do so.

By 2030 Microsoft will be carbon negative, and by 2050 Microsoft will remove from the environment all the carbon the company has emitted either directly or by electrical consumption since it was founded in 1975.

“We recognise that progress requires not just a bold goal but a detailed plan. As described below, we are launching today an aggressive program to cut our carbon emissions by more than half by 2030, both for our direct emissions and for our entire supply and value chain.

“We will fund this in part by expanding our internal carbon fee, in place since 2012 and increased last year, to start charging not only our direct emissions but those from our supply and value chains.”

It also incentivises a range of other benefits, such as ecosystem health, animal welfare, and soil health.

Wilmot Cattle Company is based in the New England district of northern NSW, Australia. Presently comprised of two properties, Wilmot in the high rainfall basalt zone on the Ebor Plateau, and Woodburn on the eastern fall between Uralla and Walcha.

The two properties are managed separately, but operate cooperatively and are complementary to each other, with a mix of breeding, trading, and 100% natural grass finishing enterprises.

As a result, the farm has managed to increase its soil organic carbon concentration through rotational grazing to up to 4.5%.