Home » Machinery » How is Kuhn faring…and where did it come from?

How is Kuhn faring…and where did it come from? 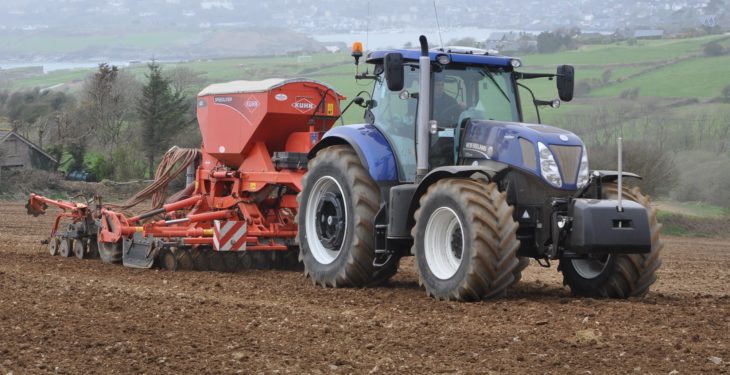 Kuhn recorded a strong increase in order intake during the first half of 2017; orders were up 6% to €523 million.

According to the company, which manufactures a broad range of agricultural machinery, the mood in farming circles across western Europe has been more confident in the first six months of this year than previously. This, says the firm, is due to rising milk prices and more stable meat prices.

The company expects a continued recovery in the livestock and dairy segments in the second six months of the year. It does concede, however, that the market for arable equipment is less assured – due to uncertain grain prices.

Where did Kuhn come from?

It all started for Kuhn way back in 1828, when Joseph Kuhn set up a forge in his local village; he produced scales and basic weighing equipment.

A big change came about in 1864 when, taking advantage of the opening of the new Paris-Strasbourg railway line and a period of prosperity in France at that time, he moved to Saverne. There, he opened a factory producing farm equipment.

After considerable growth, the Second World War brought matters to a sudden stop. By 1945, having suffered heavily, the firm sought out a business partner – in a bid to keep going. So, in 1946, the company joined forces with Swiss firm Bucher-Guyer – another manufacturer of agricultural machinery.

In 1965, a huge fire destroyed much of the factory’s machine tool and assembly areas. However, the company bounced back. By 1970, Kuhn – already a sizeable entity at that point – had produced its 1,000,000th machine. It was sold to a farmer in the Orne region of France.

In 1987, Huard – a European plough manufacturer of some note – became part of the Kuhn group. A major factory expansion followed in 1991, including new warehousing facilities with a capacity for 6,000t of parts.

By then, Kuhn had begun to pick up international awards. In 1992, for example, the Alterna 500 trailed mower-conditioner picked up a gold medal at the huge SIMA show. The Venta air (pneumatic) drill picked up a silver medal in 1993.

2001 saw the arrival of the firm’s first self-propelled diet feeder (mixer wagon). Kuhn-badged ploughs were also gaining ground; in that same year a MultiMaster 120 notched up a French victory in the World Ploughing Championships.

In 2002 Kuhn took over Knight – a well-known manufacturer of feeder wagons and muck spreaders in the US. The following year saw Kuhn set up an office in China – its first move into a whole new market. By 2005, Brazilian company Metasa S/A – specialising in the manufacture of direct drilling machines – had been added to the portfolio.

The division known as Kuhn North America was ‘born’ in 2008; it brought together all of Kuhn’s operations there – under one wing.

In that same year, the group also opened a subsidiary in Russia – signalling its intent to actively chase sales there too. Also in 2008, French crop sprayer manufacturer Blanchard was added to the list of acquisitions.

That same year, the group won awards for its use of “innovative” high-tensile steel on its range of Pro-Longer hedge-cutters.

In 2011, Kuhn acquired a minority interest in Rauch – a German manufacturer of fertiliser spreaders, pneumatic seed drills and other products. This “reinforced” a partnership that had started way back in 1967. Also in 2011, Kuhn bought Krause Corporation – a manufacturer of large-scale tillage equipment based in Kansas (US).

The following year – 2012 – saw the Kuhn group’s turnover exceed €1 billion for the first time in its history. The rest, as they say, is also history.