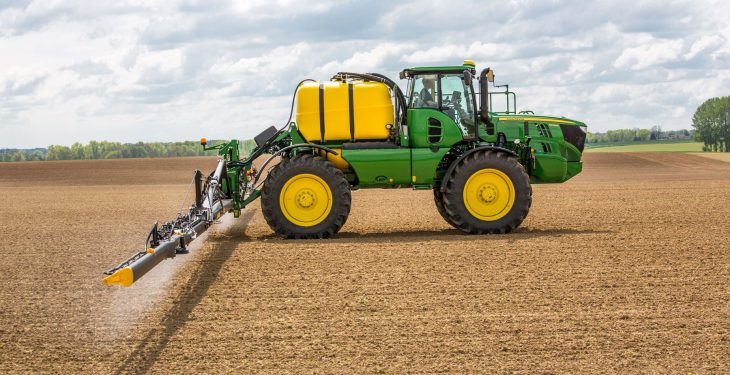 John Deere’s partner King Agro has opened a new factory near Valencia in Spain. It is dedicated to the production of the “revolutionary” carbon fibre sprayer boom introduced last year.

Representing an investment of over €8 million by the company, the new plant will work alongside an existing factory at Campana in Argentina to manufacture booms for John Deere sprayers. The sprayers themselves are built in North and South America and at Horst in the Netherlands.

Up to 100 people will be employed at the 5,500m² facility, as production ramps up over the next 18 months. Up to a maximum of 1,800 carbon fibre sprayer booms will be produced there every year.

Manufacture of the booms starts with precision moulds, created using a five-axis, computer-controlled CNC plotter. Carbon and Kevlar fabrics are cut to precise sizes and shapes using a CNC cutter, before being laminated. Curing of the carbon composite components takes place under high temperatures and pressures of up to five atmospheres. Machining, painting and final assembly finish off the booms, ready for installation on the sprayers.

Using carbon fibre instead of steel

Speaking at the opening of the new plant, King Agro President Guillermo Mariani said: “Our goal is to change the paradigm of steel in agricultural machinery. We believe that carbon fibre sprayer booms are just the beginning of a trend that will offer innumerable advantages – linked to increased productivity, lower costs and reduced soil compaction.”

King Agro carbon fibre booms are claimed to be “six times stronger and more than five times lighter” than traditional steel equivalents. They are also said to be “highly durable and resistant to the corrosion and fatigue that affect steel and especially aluminium spray booms”. The company also claims that carbon fibre offers a longer working life and lower operating costs. 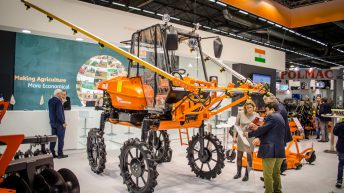