Of the 22 bulls sold on the day, the average amounted to a total of £3,202. In the female section, although numbers were small, a 100% clearance rate was achieved and they sold to an average close to £2,100.

Commenting on the demand for bulls, a society spokesperson stated: "There was a very keen interest from commercial and pedigree breeders alike."

The female trade was aided by the small numbers present on the day, which led to a "strong demand" from buyers.

Topping the sale was the April-2019 born bull, Malthouse Paddy (pictured above), who was exhibited by the Roberts family from St. Melons, Cardiff. Paddy sold on the day for a total of 4,400gns to a commercial herd.

He was sired by the Malthouse herd's stock bull, Grahams Mungo, who is a son of the Irish-born Kilcor Iceman. Paddy was bred from a homebred-dam, Malthouse Fulani, while also having sires from herds such as Fieldson, Mynach and Sarkley throughout his back pedigree. This bull was also a carrier of both the F94L and NT821 myostatin.

Speaking about their top-priced bull, the Roberts family explained: "Paddy was a real eye catcher from day one, with excellent width. He is one of the first progeny by Grahams Mungo to be offered for sale, who has really started to put a stamp on his calves."

Next up to sell at 3,800gns was the 20-month-old Glangwden Pedro. Exhibited by CF and FE Jerman from Caerws, there was the presence of French genetics in this bull's pedigree, having been sired by Julienas. Pedro was out of a home-bred dam, Glangwden Mildrydd, who was sired by Powerhouse Emblem. This bull also boasted a myostatin status of F94L and NT821. He was sold to a farmer from Sennybridge in Wales. 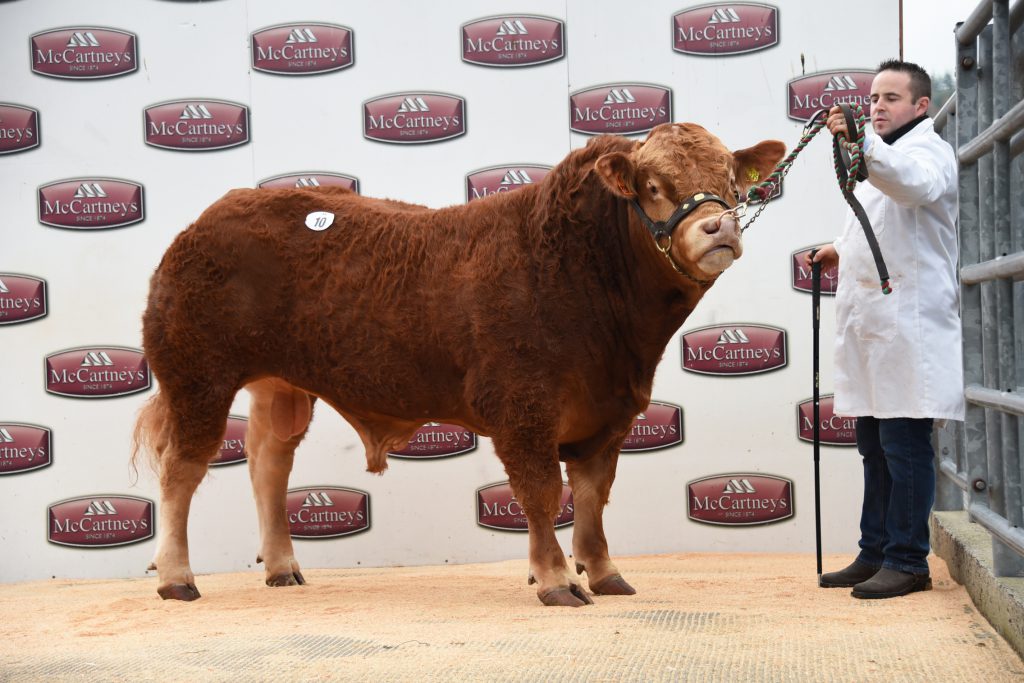 Killerton Plutonium, shown by PW and SW Greed from Devon, also sold for a price of 3,800gns. This bull is sired by the 10,000gns Confluence Leyton and out of a home-bred dam, Killerton Lithium. Sires from the Wilodge, Emslies and Cockleshell herds are seen throughout this bull's pedigree. Plutonium is a carrier of two copies of the F94L myostatin gene and he sold to a herd based in Cilddewi Fawr, Llannon. 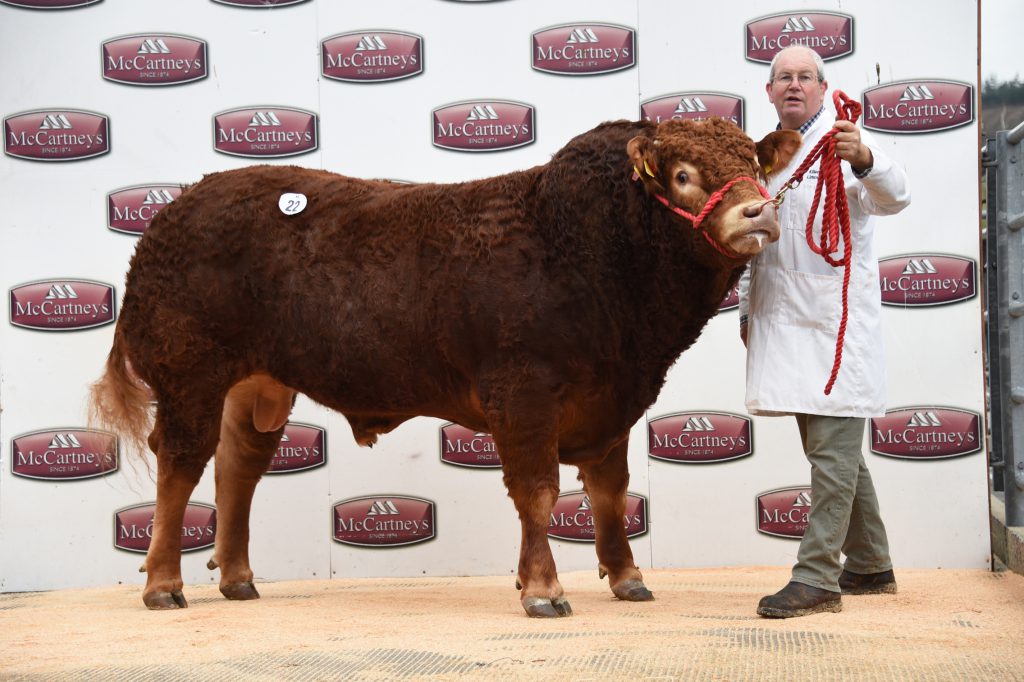 A second offering from the Killerton herd achieved the joint fourth highest price of the sale, selling at 3,700gns. Killterton Persuasive is an April-2019 born son of the 10,000gns Foxhillfarm Montreal, and out of a home-bred dam sired by Kaprico Donato. Similarly to his stablemate, this bull carries two copies of the F94L myostatin gene.

The Nealford brothers sold Nealford Panda for a similar figure of 3,700gns. This 20-month-old bull carries two copies of the F94L myostatin gene and was sired by the 10,000gns Ampertaine Lieutenant. Panda is out of a home-bred dam, Nealford Lizzie, who was sired by Goldies Comet. He sold to a Welsh herd based in Llandysul.

Irish genetics came to the fore again in this sale, as a son of Killcastle Horace sold for a sum of 3,600gns. Ashledge Preist was exhibited by A G Kirton and sons from Kidderminster and carries copies of the F94L myostatin. Priest is out of a Ballyrobin Gazza-sired dam and also had sires such as Ashledge Smirnoff and Marquis in his maternal back pedigree.

Topping the female trade was Rhiwllech Paloma, who sold for a sum of 3,000gns. Exhibited by DM Howells from Geilli Farm, this April-2019 born female is a daughter of a home-bred sire, Rhiwllech Magnum, who is sired by Ampertaine Foreman.

The four lots of heifers offered for sale by the Rhiwllech herd sold to an average of 2,125gns on the day.