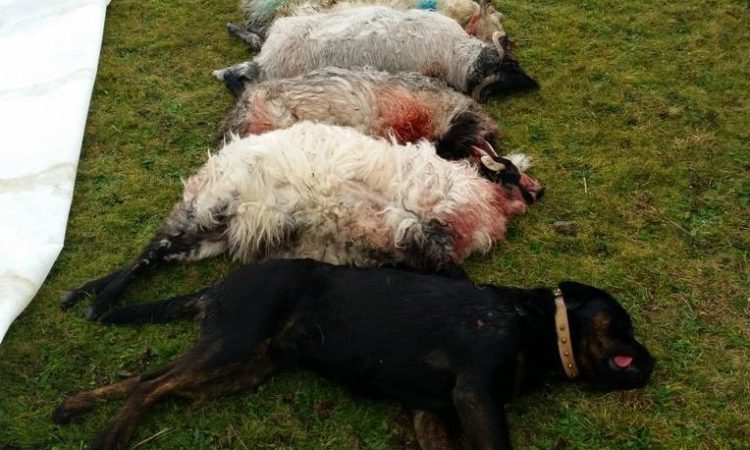 A bill to implement tough, new measures to tackle livestock worrying is set to begin its three-stage passage through the Scottish Parliament.

With cases of livestock being attacked by dogs continuing to be reported on a regular basis, the Livestock Worrying – Dogs (Protection of Livestock) (Amendment) (Scotland) Bill has now been published and will progress to stage one as soon as is practicable.

It also widens the definition of ‘worrying’ to include chase, attack and kill to make the offence clear and to allow people to better understand the term.

NFU Scotland president, Andrew McCornick said: “For too long, the actions of a small number of irresponsible dog owners who refuse to keep their pets on a lead when around livestock have been impacting on the livelihoods of Scottish farmers and crofters.

“Current penalty levels and associated legislation have not presented enough of a deterrent to prevent reckless dog owners from allowing their dogs to carry out livestock attacks.

“To address that, we welcome the publication of the draft bill and the measures that it proposes.

Because livestock worrying remains a considerable issue for our members, we view this bill is a vital stepping stone in the fight to reduce this blight on the countryside.

“We also urge politicians to consider further strengthening of the proposals. Looking ahead, we want the Scottish Government to introduce further powers to ensure that victims of livestock worrying can receive full compensation for their actual losses.

“Given the impact that such attacks can have on livestock businesses, we think that full compensation is wholly appropriate.”

Commenting on the bill, Emma Harper said: “I am pleased – after almost two years of rigorous consultation, stakeholder engagement and a drafting process – that I have now formally introduced my bill to the Scottish Parliament where it will shortly proceed to the three-stage legislative process, before hopefully becoming law in Scotland.

“The bill has clear principles. It aims to: increase the maximum penalty for the offence of chasing, attacking and killing livestock, allows courts to ban a convicted person from owning a dog or from allowing their dog to go onto agricultural land, and it gives police greater powers to investigate and enforce the offence.

“Additionally, the bill provides greater clarity to the legal bodies – such as the Crown Office Procurator Fiscal Service – on how to deal with the offence.

As well as the legalities of the bill, I want it to be the catalyst for educating the public about the importance of having their dog under control when near livestock and for people to understand the severity of livestock being chased, attacked and killed.

“The consequences of the offence can be both emotionally and financially detrimental to farmers and it is only right that the penalties of the crime reflect this.”