More Northern Irish lambs expected to be slaughtered in the Republic

The number of Northern Irish lambs slaughtered in the Republic is expected to increase, according to the Livestock and Meat Commission (LMC).

A combination of lamb availability up north and a weaker Sterling has lead to more Northern Irish lambs being moved across the border for direct slaughter in the south, it shows.

During the week ending June 19, just over 5,600 Northern Irish lambs were imported to the Republic for slaughter. This is 19% higher than the week before.

Brexit will put currency monitoring to the fore

The LMC also reports that the UK’s decision to leave the European Union will put currency monitoring top of the agenda in the short term for any business involved in trading outside of the UK.

This is especially important for the Irish/Northern Irish sheep trade, as up to 200,000 lambs can be imported into the Republic from Northern Ireland between May and November each year.

The importance of currency movements on this trade was highlighted in 2014 when a drop in the value of euro against sterling made it less advantageous to export lambs from the North to the South for direct slaughter.

This resulted in a larger proportion of lambs being killed domestically in Nothern Ireland.

In the corresponding period in 2013, 196,094 lambs/hoggets were exported to Republic for direct slaughter, accounting for 43% of total NI production.

Last week, farmers in Northern Ireland were offered a base price of 365-385c/kg (441-470c/kg) for new season lambs, while farmers south of the border were quoted 480c/kg.

The lower price, combined with a weaker Sterling are said to be the main factors driving the increase in Northern Irish lamb exports to the Republic. 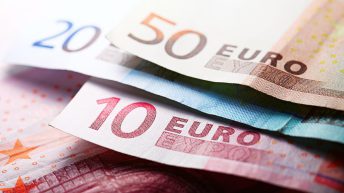 Brexit: 5 reasons farmers should keep a close eye on the euro/Sterling exchange rate