NFU Cymru is to launch a legal challenge against the Welsh government’s new rules to control agricultural pollution, having previously raised concerns about the lawfulness of the decision.

The union said that the new Nitrate Vulnerable Zone (NVZ) designation, which came into force across Wales on April 1, poses a "significant threat to the economic viability of Welsh farming, the overall impact of which cannot be underestimated".

According to NFU Cymru, these regulations "effectively make the whole of Wales an environmental ‘at risk’ zone, attracting heavy and disproportionate regulations which will punish the whole farming sector".

NFU Cymru president, John Davies said: "As I have said many times before, NFU Cymru, is fully committed to looking after the environment.

Our position, however, remains unchanged as these regulations are not an effective way to achieve that.

"We have put forward to the Welsh government, farmer-led voluntary initiatives, which have worked in the past, supplemented by targeted and proportionate regulation, and yet the Welsh government has failed to take into account any relevant information and feedback from stakeholders. 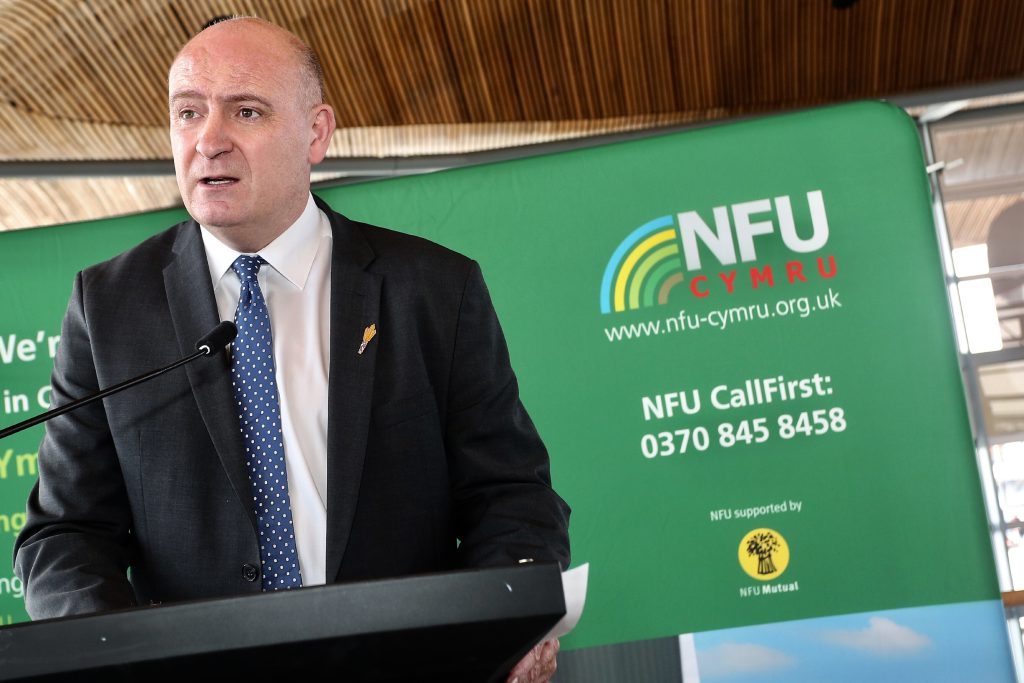 “As a union we accept a regulatory backstop may be needed, but this must take into account the regulation that is already operational and it must be evidence based, proportionate to the risk, and targeted to areas where water quality improvements are needed."

'The distinct lack of support'

“We are also disappointed at the distinct lack of support offered to farmers in order to be able to comply with these regulations.

Welsh farmers face having to find up-front costs of £360 million and ongoing yearly costs of £14 million a year, which will put many small, family farms out of business.

"The package of support to farmers to help make these drastic changes is woefully inadequate.

“An all-Wales NVZ designation is indiscriminate and punitive. It will affect every sector; every area of Wales and every farmer will be subject to draconian record keeping and complex restrictions on the day-to-day running of their businesses for environmental benefits that appear to be quite small."

Davies explained why NFU Cymru would be making a legal challenge to these regulations:

"This is why, along with our lawyers, legal panel firm JCP Solicitors and with support from our Legal Assistance Scheme, we have decided to ask the Courts of Law to look at these regulations and to determine if they are reasonable or not," he concluded.