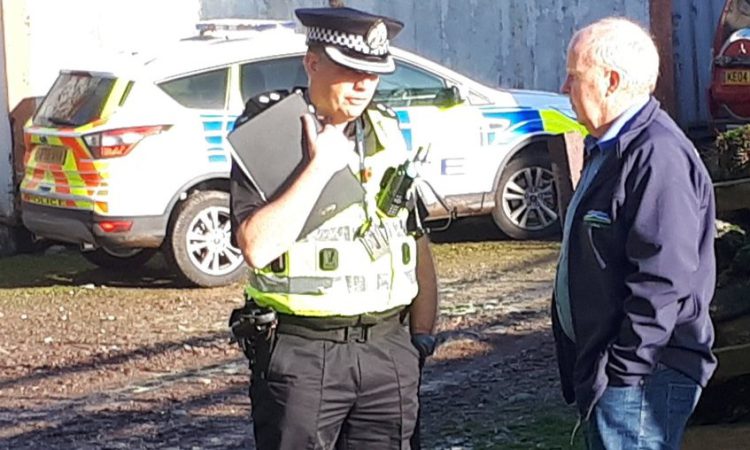 It’s the stuff of shepherds’ dreams – harnessing a revolutionary new marking system, the new technology means stolen sheep can now be traced back to their true owner any time they set foot in an abattoir or slaughterhouse.

The system, which was adapted from technology used to discourage the theft of lead from church roofs, works by ingraining thousands of coded microdot markers that become entangled in each sheep’s fleece.

The forensic codes are virtually impossible to remove, yet are easy to recover and read by the police.

The code easily identifies the animal and which farm it comes from, incriminating rustlers at random checks carried out at auction markets, abattoirs or on other farms.

The information is held in a secure database, which will proactively broadcast any theft of livestock to others, such as auction marts, abattoirs and the police.

Signage also warns off thieves and the system creates a very strong deterrent against theft, which keeps the animals safe.

Drummond Estate near Comrie in Perthshire – which grazes nearly 3,000 sheep across the Glenartney Hills – was one of the first to sign up for the TecTracer theft-deterrent system.

David Wallace from the estate said that several incidents of sheep rustling on their upland grazing had proved costly.

“We’ve experienced first-hand how sneaky and resourceful these criminals can be and we’re delighted to host the Scottish launch of a system which we believe can help farmers fight back.

“The remote and isolated nature of much of Scotland’s sheep grazing land and hill farms means thieves can operate unseen when they target flocks. By marking our animals with Tec Tracer we at least have some chance of getting them back.

“Sheep rustling is an increasing worry and this system is a valuable tool in our fight against would-be criminals intent on stealing our property and damaging our livelihoods,” he said.

Jamie Smart, Legal and Technical Committee chairman of NFU Scotland explained that a recent case in northern Scotland saw one farmer lose £60,000 worth of livestock overnight.

“They not only lose valuable animals but possibly the entire bloodline in a stock that has taken years to establish,” he said.

“We have to make thieves realise that sheep are no longer a soft option – with the TecTracer system operational, they should now be viewed as too hot to handle.”

TecTracer founder John Minary, a former senior police detective, said: “For the first time we are bringing microdot technology to the fight against sheep theft.

“The simple inclusion of thousands of coded microdots, backed up by our powerful database provides a multi-layered response that protects sheep on hills and in glens.

Where traditional ear tags can be removed, the microdots stay within the fleece and this simple preventative step turns the tables on would be thieves, making flocks identifiable and keeping them safe.

“We are delighted to be working with Police Scotland and Drummond Estates to introduce this ground-breaking technology into Scotland.”

Police Scotland Chief Superintendent John McKenzie, who is also chairman of the Scottish Partnership Against Rural Crime (SPARC), said: “This is a fantastic example of partnership working to tackle an aspect of rural crime that can impact on farming communities throughout Scotland.

“In reducing opportunities for criminality, we will be both creative and innovative as SPARC recognises the impact of crime in rural communities.

“People living, working or wanting to enjoy rural communities should have confidence in our drive to make a difference and tackle rural crime in all its forms.” 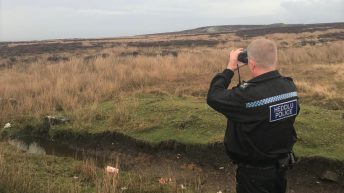