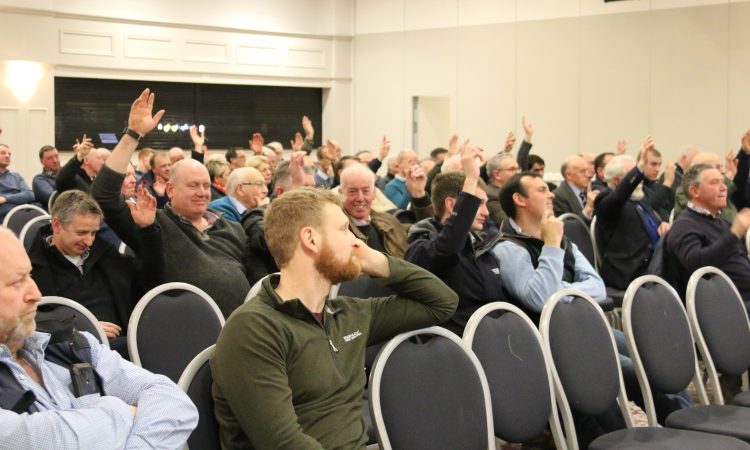 Speaking to AgriLand following an open meeting held last night in Co. Armagh, Brian Walker – chairman of the Pedigree Cattle Trust – said the group planned to put its findings to the Department of Agriculture, Environment and Rural Affairs within the next six weeks.

It hopes that, as a result, the department will back a local trial into pioneering TB eradication methods.

“We have established that five is the critical mass to establish a trial. We will identify five farms in five different areas of the province with specific criteria and put that to the department.”

The group plans to propose a three-year trial.

We will be asking the Government to support that on the basis this would cost something in the region of £100,000 a year against a figure of £40 million which is paid in TB compensation every year.

“The key to it is that people say this is all very well in Devon, but will it work in Northern Ireland? And that is what we want to find out,” Walker said.

The frustration over the disease was palpable as audience members (pictured top) were asked to vote on whether they were:

The majority raised their hands in favour of the third option – a “radical rethink”.

Walker explained the document will be authored by vet Dick Sibley, whose trials on Gatcombe Farm in Devon appear to show the eradication of TB from a chronically-infected herd.

Sibley advocates a holistic approach to tackling TB, including the vaccination of the local badger population, and a stricter interpretation of the skin test.

As part of his methods, Sibley adopts what he describes as a “New Zealand or Australian interpretation” of the skin test.

“If we are going to control this disease effectively, economically and sustainably, we need to find some way of determining if an animal is infected or infectious,” he said.

Sibley explained that he felt a stricter interpretation was necessary to avoid harbouring the disease in infected animals missed through the test.

“In the UK, we use two injection sites – for avian and bovine; avian above and bovine below. Because when the test was introduced it used to get a lot of what were called false-positives. Only three countries use this system – every other country just uses the bottom lump,” he said.

Speaking to AgriLand about the proposed trial, Dr. Sibley said: “I think [a Northern Ireland trial] is a good idea; the weakness of [the Gatcombe trial] is that it’s based on one farm in fairly exceptional circumstances. We would love to trial it on five or six regular, large, persistently-infected dairies.

“We just want to give it a go for three years and see if it can make a difference. We want to trial it in a robust and scientific way and with the involvement of the academics from Nottingham and Warwick.”