Home » Machinery » Video: Akpil is the new tillage brand on the block

Video: Akpil is the new tillage brand on the block 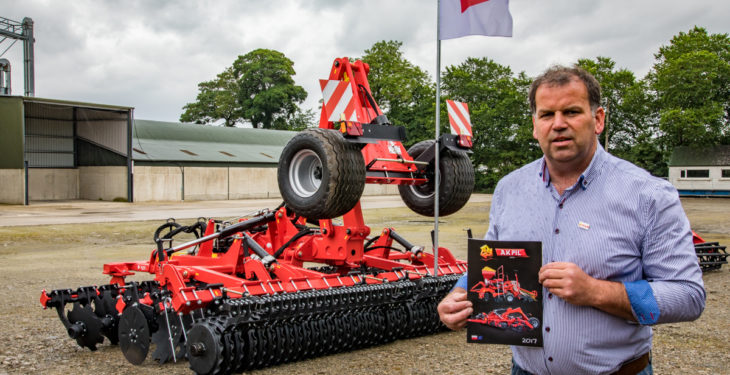 Back in 2015 Des Walsh set off on a 500-mile round trip, across the country, on his demo tractor with a Bison disc harrow on the back. It was the start of his new machinery business.

Walsh, who once upon a time sold Lamborghini tractors, now imports a significant number of Akpil machines from Poland. Based in Mayo, he now has depots in Lusk, Co. Dublin and Ballycarney, Co. Wexford.

“We have a depot in Lusk at White’s Agri. I have a machine there and will have parts at the depot very shortly. I also have a depot at Kavanagh’s Grainstore in Ballycarney, Co. Wexford. We have machinery there and it’s also ideal for distribution as it’s near the port in Rosslare,” Walsh explained.

The disc cultivator was the first item that Walsh’s company imported in 2015. A “considerable number” of machines have been sold around the country since then.

“There’s a lifetime bearing guarantee on the disc hub on that machine. That’s one of the reasons the machine is successful – it won’t gather any trash or baling twine in the field.

“Considering the downward prices in the tillage sector, there has been a relatively big uptake in our equipment. TAMS has been a big help to us. Since the start of this year it has lifted our spirits,” Walsh added.

There has been a big improvement in enquiries and, now, sales.

“Our equipment is geared for the TAMS grant; a similar grant was available in Poland – where the equipment is manufactured. Akpil had four years of experience manufacturing to the standard of that grant. It was very easy to change over to Irish conditions.”

Walsh sells: discs; stubble cultivators; sprayers; and fertiliser spreaders for the smaller market. This year he has added ploughs and seed drills to the list.

“We have 3m and 4m Gepard drills, which have up to 900L capacity and are based on the Gepard disc harrow. These can be trailed or mounted and the TAMS grant can be obtained on these drills. They will be available for the new season,” Walsh said.

“We have imported a number of ploughs for the market this autumn – three, four, five and six-furrow units. We have them working out on the ground at the minute with a view to selling an eight-furrow to a customer in the large-scale tillage sector.”

Walsh has recently launched a new service and sales van. The business is growing and adding the depot in north Dublin has helped sales.

We have a new service van. We launched it two weeks ago – to service the equipment on a nationwide basis. It’s also used for sales.

“We sold a 5m disc (cultivator) to the Whyte brothers and it opened up the Dublin and Northern Irish markets for the company. We also attended the Northern Ireland ploughing championships recently.”

Mayo isn’t exactly a tillage stronghold but Walsh has a background in the farm machinery business.

I have a 30-year background in the agri-contracting business. We’ve also been in farm machinery retail for the past 10 years.

“There is a market for disc harrows. That’s why we contacted the Akpil company in Poland and received the agency for Ireland.”

Who or what is Akpil?

Akpil is located in Pilzno (Poland); it was established by Kazimierz Aniol in 1975. The company initially specialised in the production of construction equipment. Almost 10 years later, in the midst of coping with a worsening crisis in the construction industry, Akpil turned its attention to agriculture.

Its first agricultural product was a potato planter; it was launched in the mid 1980s. The company has been developing its own designs since 1988.

Akpil claims to have been the first company in Poland to start manufacturing disc harrows.

Nowadays, production stands at approximately 14,000 machines – of all types – each year. Over 40 different machine types make up the firm’s product dossier.

The company says that it is now one of the biggest farm machinery manufacturers in its native country. It exports all over Europe and as far away as the US. 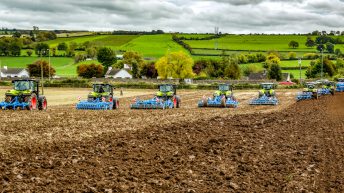 Pics: Show of force from Lemken at tillage demo day