'What do we want? Butchers; When do we want them? Now.'

This is one of chants echoed by members of the pig industry who have gathered outside the Conservative Party Conference in Manchester today, Monday, October 4, to raise awareness of the current issues facing the pig industry.

The labour shortages in the UK have resulted in healthy pigs being turned away from factories and therefore backing up on farms, with the possibility of a cull number in the thousands.

Up to 5,000 temporary visas will be made available for poultry workers to travel and work in the UK to 'save' Christmas, and the pork industry is asking for a similar fix; visas to bring butchers into the country.

Last week on Tuesday, September 30, National Farmers’ Union (NFU) president Minette Batters told BBC’s Newsnight there could be up to 150,000 pigs culled, unless the government issue visas to allow more butchers into the country. 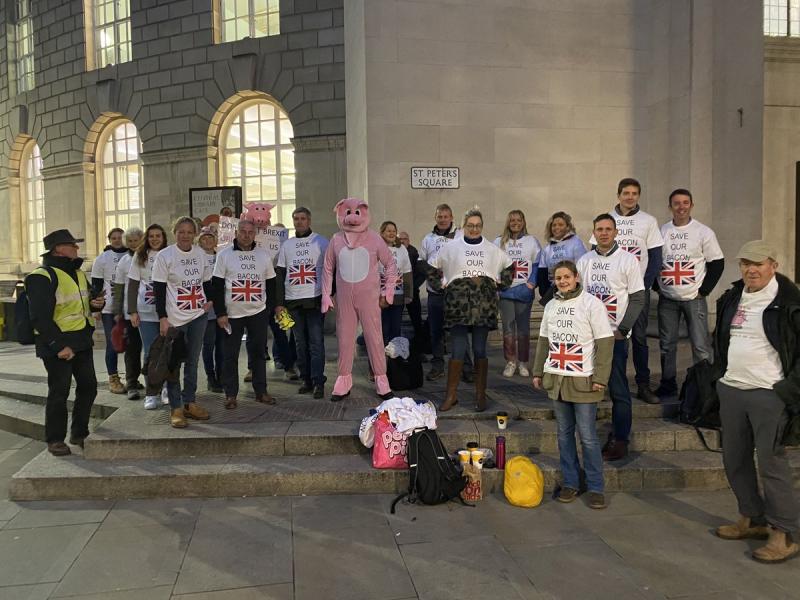 A brand-new Twitter account ‘@SaveGBBacon’ has been created and dedicated to today, and is giving live updates from the protest which kicked off outside The Midland Hotel, this morning, at 6:00a.m.

"Please help us to get to 2000 followers before the @Conservatives break for lunch!!!," the account tweeted.