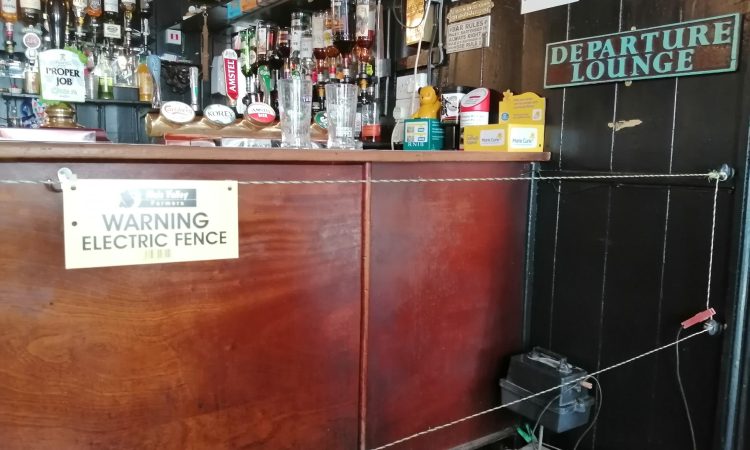 The owner of a pub in the English county of Cornwall has taken hair-raising methods to ensure social distancing measures are complied with…by installing an electric fence at the bar.

Jonny McFadden, landlord of the Star Inn in St Just, Cornwall, put up the fence due to the limited space in his bar, which only served drinks and no food.

Speaking to the BBC, McFadden described the barrier as “just a normal electric fence that you would find in a field”.

Citing problems that had was having to get the message of social distancing through to some customers after alcohol intake, the bar owner told the BBC that the fence worked because “people keep away from it – people are like sheep”.

He added: “They know it is a fence and don’t want to touch it to find out whether it is on or not.”

McFadden said that his customers were happy with the fence, and that it “generated a lot of laughs”, with patrons on social media reflecting this.

The owner told ITV that the fence is usually switched off – but warned: “It can be turned on”.

“Before the fence, people were not following social-distancing and were doing as they pleased – but now people take heed to the guidance around social distancing”.