Right to repair becomes part of a bigger picture 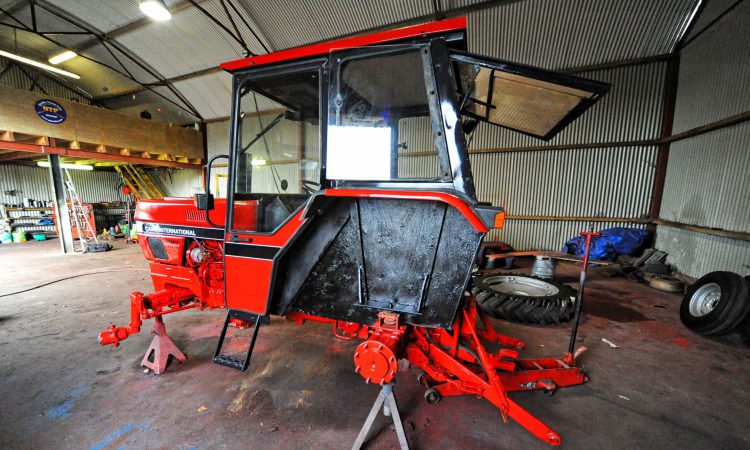 The campaign for the ‘right to repair’ has taken a major step forward in the United States with the issuing of President Joe Biden’s latest executive order of July 9.

In this order, the new administration has rolled several free economy concerns into one, and presented them as a policy document aimed at encouraging competition.

There are two main areas covered by the order that directly affect machinery manufacturers. The first is the consolidation of companies and the second is the right to repair machinery by customers and independent workshops.

According to the White House, the damage that is done to the American economy by various restrictive practices is considerable.

It asserts that “higher prices and lower wages caused by lack of competition, are now estimated to cost the median American household $5,000 a year”.

The document then goes on to describe more specific constraints within the economy and outlines the measures intended to combat these issues.

When it comes to agriculture the new administration aims to “empower family farmers and increase their incomes by strengthening the Department of Agriculture’s tools to stop the abusive practices of some meat processors”.

Defining a family farm is not an easy task; it has exercised the minds of policy makers since the 19th century.

However, this clearly sets out the overall desire to support the smaller income unit through addressing the consolidation of outlets for farm produce.

Although not directly associated with the machinery trade, improving farm incomes through opening up the market can only encourage machine sales and further investment in modern techniques.

A shot across the bow of large manufacturers

Further into the document, the administration notes that it intends to directly target the growing tendency of large manufacturers to limit the ability of customers and non-approved workshops to undertake repairs to machines.

It is clearly stated that it will “encourage the Federal Trade Commission (FTC) to limit powerful equipment manufacturers from restricting people’s ability to use independent repair shops, or do DIY repairs – such as when tractor companies block farmers from repairing their own tractors”.

Those who are fighting for the right to repair machinery will no doubt be heartened by such a clear statement of intent, and, just to underline the point, the theme is further expanded upon in the policy document.

Corporate consolidation even affects farmers’ ability to repair their own equipment or to use independent repair shops.

“Powerful equipment manufacturers – such as tractor manufacturers – use proprietary repair tools, software, and diagnostics to prevent third-parties from performing repairs e.g. when certain tractors detect a failure, they cease to operate until a dealer unlocks them.

“That forcers farmers to pay dealer rates for repairs that they could have made themselves, or that an independent repair shop could have done more cheaply.”

No legislation to enforce the right to repair

However, it must be noted that far from introducing sweeping legislation to ensure these aims are met, the intention is to more vigorously enforce existing anti-trust laws, for the time being at least.

Corporate consolidation is seen as a menace throughout the document, whether it be in farming, service providers or consumer goods.

There is no direct reference to that other great complaint of the north American farmer, the gradual amalgamation of dealerships.

Yet the principles upon which future legislation is formed, will most probably be applied down through the various strata of the machinery trade.

The gloves are coming off in the battle against growing corporatism, a trend identified by the Biden presidency as acting against American interests.

What effect this list of intentions will have is yet to be seen, but it appears to mean business.