Home » Grass » Timothy should be included in most grass seed mixes

Timothy should be included in most grass seed mixes 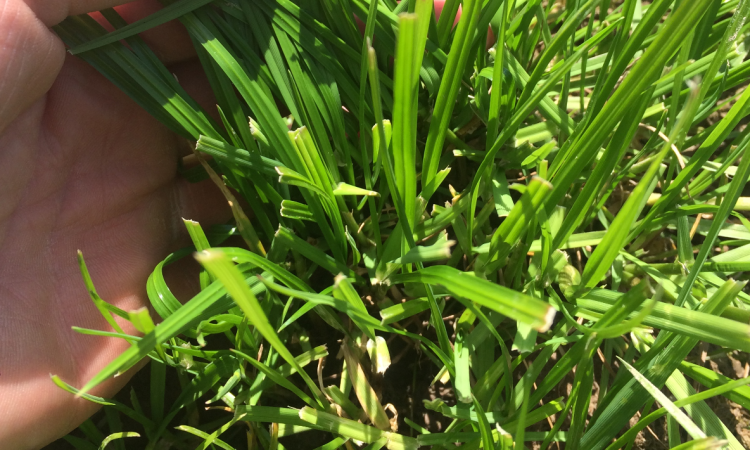 Timothy should not be overlooked as a species of grass that can be included in seed mixes under Irish conditions, according to Agri-Food and Biosciences’ Institute (AFBI) grass breeding specialist David Johnston.

“This is particularly the case in areas where heavy soils predominate. At trials carried out at AFBI Loughgall, in Co. Armagh, Timothy varieties have yielded up to 22t/ha,” he said.

Modern varieties of Timothy are also available which combine both yield and palatability.

“Breeding programmes continue to generate a 4% inherent improvement in grass varietal performance every decade. This is why it is so important for grassland farmers to re-seed on a regular basis.

“Improved output in the early spring and late autumn are also characteristics of modern grass varieties. This has been achieved by importing germplasm from New Zealand, a country where grasses traditionally enjoy a longer growing season.”

Despite Ireland’s natural advantages when it comes to growing grass, Johnston believes that much more can be done to secure higher levels of stock output in both grazing and silage feeding scenarios.

AFBI research has confirmed the need for most dairy, beef and sheep farmers to apply more lime to their grassland areas.

In many cases a regular dressing of lime, based on the result of a soil test, will deliver a 7:1 return in financial terms.

Advertisement
Applying more nitrogen fertiliser throughout the growing season will also help to boost grass growth rates, specifically on those farms where application rates are below 140kg/ha.

A dressing of slurry

Providing swards with available phosphorous in the early spring is another key determinant of grass output. This can be best achieved through a dressing of slurry.

“Chemical fertiliser remains excellent value for money in terms of the forage output it will generate. Recent years have seen a drop-off in the purchase of bagged fertiliser in Ireland.

In fact, we have now reached the stage where fertiliser sales dry up completely from July onwards.

“One consequence of this is a significant fall-off in grass output levels from mid-summer onwards. This is due to the fact that modern, high genetic merit grass varieties are not receiving the level of nutrients they require to express their full production potential.”

“Crown Rot is a case in point. The disease now has a foothold in many eastern counties. In many cases it may not have that big an effect on grassland output. But the disease does severely reduce forage palatability.

“Grasses growing in nutrient deficient soils are more prone to disease attack during the autumn months.”