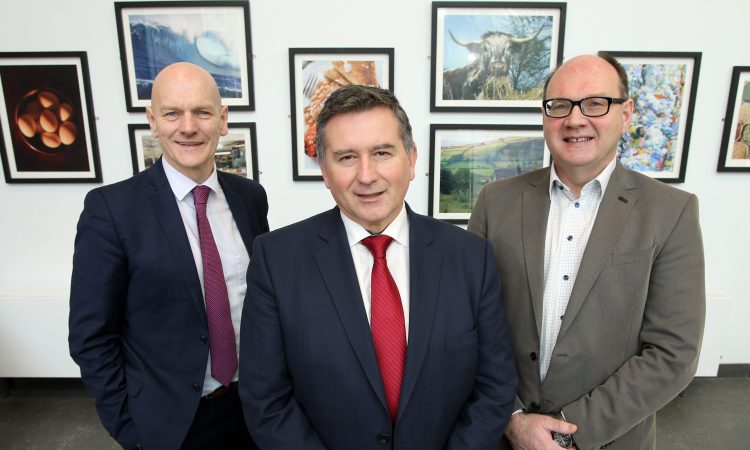 Declan Billington, chief executive of John Thompson and Sons animal-feed manufacturers and the vice-chairman of the Northern Ireland Food & Drink Association (NIFDA), has had the title ‘Professor of Practice’ conferred on him.

The honour acknowledges not only a successful career – Billington leads the largest, multi-species feed mill in Europe – but a commitment to driving the local economy, for which Billington received an MBE last year.

Billington has long been a champion of innovation and high standards of food safety in the local agri-food industry and is also a former chairman of CBI Northern Ireland.

Over the past three years, he has represented the region’s food industry at Brexit negotiations – meeting with UK Prime Ministers Theresa May and Boris Johnston – where he has sought to protect the interests of local farmers, food producers and retailers.

He has also worked to protect the all-island economy, as a member of organisations such as the Irish Business and Employers’ Confederation (IBEC).

A chartered accountant by background, Billington has been key in promoting a closer relationship between scientific research and the food industry, helping create pathways along the whole of the food chain, from fundamental science through to retail.

In 2015, for example, he helped establish the Agri-Food Quest Competence Centre, which links academic researchers from Queen’s and the University of Ulster, CAFRE and AFBI with NI’s top food and drink companies to work together on research projects.

Billington has always maintained especially close links with Queen’s University, where he studied food science – particularly through the establishment of its Institute for Global Food Security (IGFS), on whose Industrial Advisory Board he sits.

Advertisement
He was instrumental, for example, to the ‘Food Fortress’ project, one of the first big industry-academia research partnerships in the area of food security at Queen’s.

His participation enabled important scientific investigations into the safety of animal feed, and technological advances in diagnosing the same, in the wake of the dioxin contamination crisis of 2008.

That work directly led to the development of an internationally renowned feed-quality assurance scheme, run by Prof. Chris Elliott OBE and his team at IGFS.

Prof. Nigel Scollan, director of IGFS, said the honorary professorship was a fitting acknowledgement of Billington’s contribution. “Declan has been an absolute asset to us over the years,” he said.

The entire food industry owes him a debt of gratitude for his sterling work on Brexit and here at Queen’s, we have benefitted enormously from his continued support.

In his capacity as chairman of the Poultry Federation of NI, Billington is currently working with IGFS on developing capacity within NI on the management of poultry disease.

He is also exploring with IGFS novel ways in which animal and agricultural waste, such as phosphate and nitrates, can be recycled in order to mitigate environmental degradation.

Originally from Holywood, Co. Down, Billington lives in Dungannon, Co. Tyrone with his family.