Home » Machinery » Trade focus: Manufacturing in Meath…no machine too big or too small

Trade focus: Manufacturing in Meath…no machine too big or too small 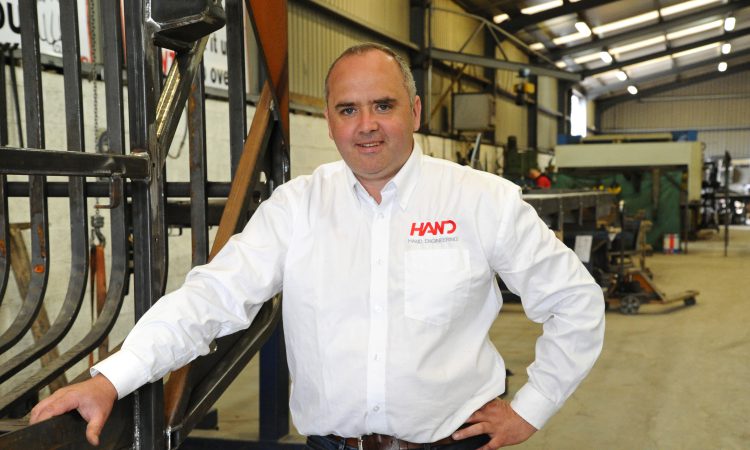 Ireland is currently enjoying a small industrial renaissance; certainly in the agricultural sector where there are many small and medium-sized enterprises serving up a wide range of implements to mainly grass farmers.

This situation is faintly reminiscent of the first stirrings of the industrial revolution, as local entrepreneurs with a flair for engineering expand both their product range and their sales area – much as the ‘smithies’ of the 1800s did elsewhere in the world – John Deere being one notable example.

One of the present Irish crop showing excellent potential is Hand Engineering of Dromone, Co. Meath. Established by Darragh Hand in 1995, it designs and fabricates digger buckets, log splitters, peat harvesting machinery and forage equipment, although not always under its own name.

The business also fabricates pick-up hitches for older tractors and works closely with its neighbour – Dromone Engineering – in servicing this market (though they are completely separate companies).

Darragh started out in the time-honoured way of repairing and modifying machinery for local farmers and happily admits that it took a while for him to find his niche.

The moment of enlightenment came when he was asked to fabricate a cab for an older tractor. From then on he steered himself towards manufacturing new equipment, rather than carrying out repairs to older items.

Buckets for mini-diggers (up to 8t) followed soon after; it is in supplying these that he really started to enjoy some success. He has always insisted in using ‘high-grade’ steel to give a long service life and he quickly built up a reputation for quality that he still vigorously maintains, whatever the product.

Just before the economic crash of 2008 he had invested heavily in a plasma cutting machine and was, quite understandably, worried about the company’s future.

However, as it turned out, the recession helped considerably. Rather than dealers importing attachments by the container load from the far-east, they switched to ordering just a few at a time from local suppliers.

Hand Engineering found itself in an excellent position; not only was it happy to supply smaller quantities but it was the mini-digger end of the market which was least affected by the slump.

Having gotten through the worst of the downturn the company looked around for new opportunities. The company was, and still is, open to new ideas and encourages farmers to come forward with their inventions.

However, Darragh warns that any new device or implement has to be markedly different to what exists presently, if it is to have any chance of success.

In 2010 Hand Engineering teamed up with Zero Grazer to make its range of machines.

The arrangement between the two is companies is that Hand Engineering manufactures the machines on behalf of Zero Grazer but is not involved in the sales or marketing (of these machines) at all.

Darragh does, however, advise on machine design and construction – to increase build quality and reduce manufacturing costs. It is a joint effort and both sides are happy to focus on their respective roles.

On average, it takes around six weeks to assemble one of Zero Grazer’s machine.

They may look simple enough from the outside but when seen on the production line it becomes obvious that a good deal of work and material goes into them.

They are not made of ‘tin-plate’ and string but are solidly engineered, with pride being taken in the finish and great care taken in the selection of steel being used in each component – a detail that Darragh is fastidious about.

All the major components, bar the twin-drum mowing unit, are made in-house. The paintwork is two-pack; it is gently cured in the spray shop, which doubles as a low-bake oven.

Another string to the company’s bow is peat harvesting machinery and bog trailers. Once again, these came about as a result of being approached by a third party – this time a contractor working for Bord na Mona.

It is though, as Darragh fully appreciates, a limited market that is unlikely to grow – so he is also turning his attention to the forestry sector. The focus here is on the construction of light-weight forwarders.

To start building such machines from scratch is ambitious to say the least. The Nordic countries in particular have gotten the design of them pretty well sorted by now – and would appear to be unassailable in the market.

However, Darragh believes that they are all too big for many Irish situations. He intends to satisfy a demand for smaller machines, that can operate in the more confined forests here in Ireland.

At present he has built two machines – each known as the Falcon F40.

The first has already won an innovation award and is still at work locally, as is the second (an eight-wheel drive machine that incorporates many improvements based on experience gained from the first unit).

So far, the development is being kept “low key” – as the machines are tested in the woodlands of Co. Meath. Watch this space… 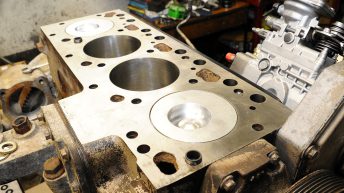 Trade focus: ‘Lifting the lid’ on what an engine specialist does