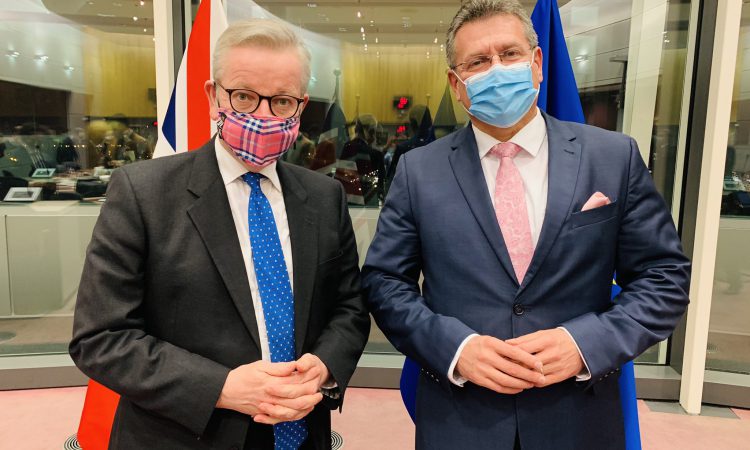 The EU and UK have today (Tuesday December 8) agreed ‘in principle’ the rules surrounding the implementation of the Protocol on Northern Ireland which forms part of the Brexit Withdrawal Agreement.

The co-chairs of the EU-UK Joint Committee – European Commission Vice-President Maros Sefcovic and the UK Chancellor of the Duchy of Lancaster, Michael Gove – yesterday held a political meeting to address the outstanding issues related to the implementation of the Withdrawal Agreement.

In a statement Sefcovic said that following “intensive and constructive work” over the past weeks by the EU and the UK, the two co-chairs can now announce their agreement in principle on all issues, in particular with regard to the Protocol on Ireland and Northern Ireland.

An agreement in principle has been found in the following areas, amongst others:

The parties have also reached an agreement in principle with respect to the decisions the Joint Committee has to take before January 1, 2021.

This concerns the practical arrangements regarding the following:

As a result of the agreed solutions, the UK will withdraw certain clauses in the UK Internal Market Bill which compromised the Northern Ireland protocol, and not introduce any similar provisions in its Taxation Bill.

This agreement in principle will now be subject to respective internal procedures in the EU and in the UK.

Once this is done, a fifth regular meeting of the EU-UK Joint Committee will be called to formally adopt them. This will take place in the coming days and before the end of the year.