Uneven swaths? Here’s how Krone is ‘ironing out the lumps’

AgriLand recently attended a Krone event in Scotland, in which updates to its self-propelled forage harvesters - to boost throughput in grass silage (rather than maize) - were discussed.

To set the context, the company said that good silage must be:

To apparently achieve this, Krone offers a package of features on some of its latest BiG X forage harvesters. These are collectively known as the 'OptiGrass' package.

Some of these features are inherent to the BiG X design principle - such as the provision of six feed-rollers. Krone claims that this approach (which contrasts with that of competitors, who fit just four) promotes a smoother crop-flow.

It also, says the company, provides more time for the metal detector and rock-stop mechanism to react (thanks to the increased distance between the entry-point to the feed-rollers and the drum / chopping cylinder). 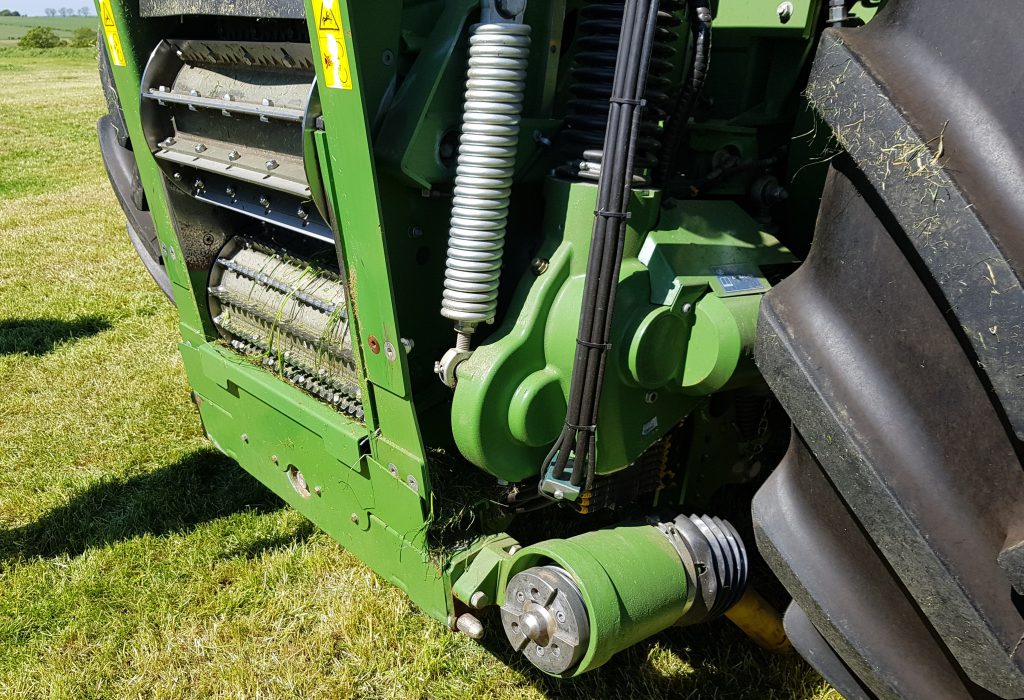 In the first instance, this comprises a spring-loaded floor beneath the drum. At the front, the floor-plate is actually connected to the shearbar anvil - to maintain a constant clearance between the movable floor and the knives (blades). So, any movement of the spring-loaded floor (to compensate for uneven crop-flow) won’t affect the quality of chop - or so claims Krone.

The result, it says, is a "smoother flow" through the machine - especially noticeable when dealing with "lumpier swaths of grass". 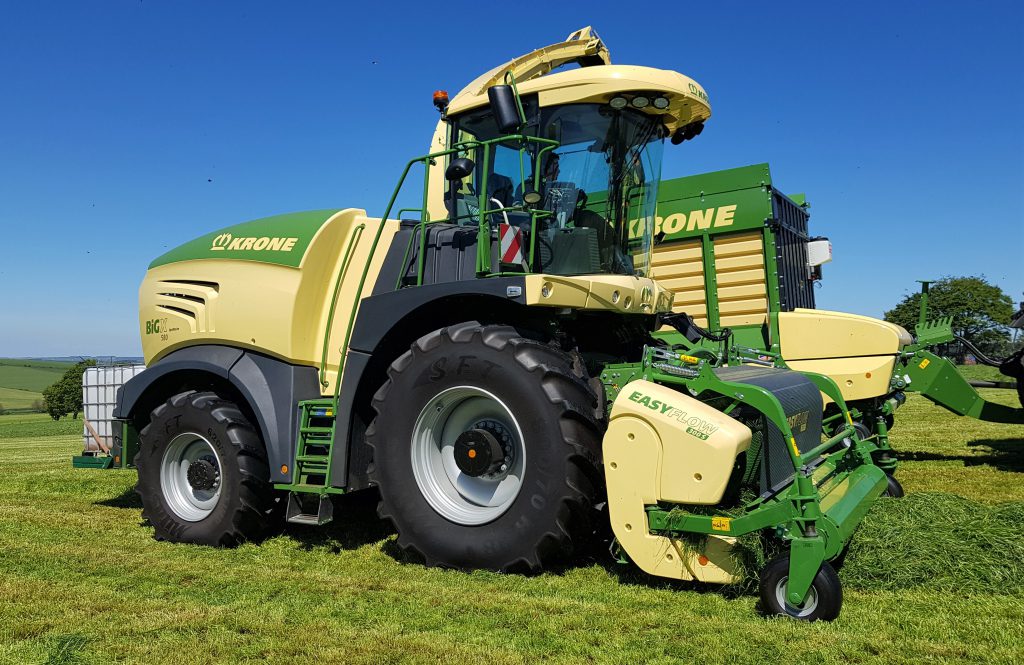 VariStream, as it's called, doesn't just involve the drum; there's also a spring-loaded back-plate on the blower (crop accelerator).

The same logic applies there too; when dealing with lumps or "variable crop conditions" the movable plate enables the machine to maintain throughput - apparently without slowing down unduly or, worse again, blocking itself.

In closely related news, Krone's Irish distributor - Farmhand - is currently putting an eye-catching BiG M 450 (pictured below) through its paces on a 'demo tour' around the country. 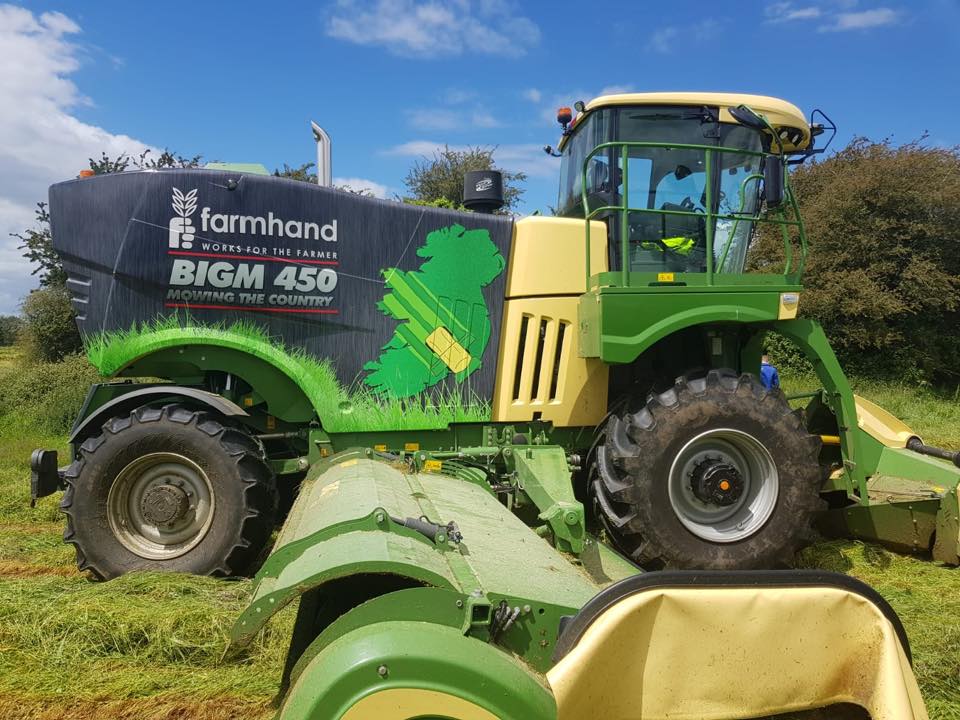 This machine is particularly noticeable, thanks to its special 'Irish' livery. A Farmhand spokesperson commented: "She's got a 450hp Liebherr engine; it's just ticking over when she's working. The machine is cutting and swathing at just 3L/ac."