NFU Scotland has written to Aberdeenshire councillors asking them to back the Scotbeef planning proposals for development at Thainstone, Inverurie.

Scotbeef is one of UK's largest privately-owned fresh meat companies. It has five processing plants in Scotland and one in England.

The new site is expected to create around 30 permanent jobs.

It's set to be discussed today at the Garioch Area Committee meeting. 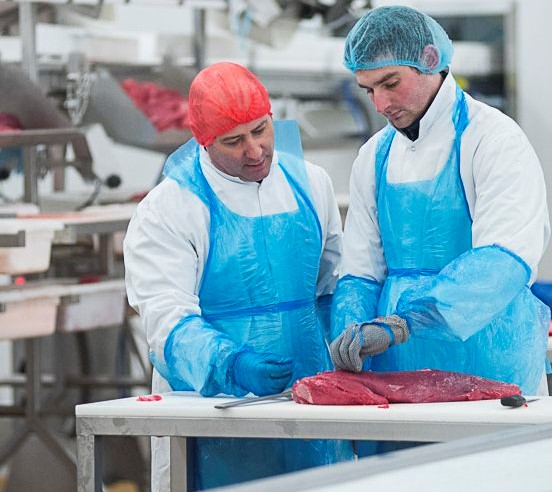 A spokesman for the union said NFUS views the proposal as a "huge opportunity" for investment in the north-east, which will bring jobs and a modern, state of the art, food processing site.

In its letter to councillors, the union points out that cattle production and beef processing in the north-east has a "clear downstream impact".

It said the development would support hundreds of allied businesses - such as hauliers, animal feed producers, agricultural suppliers, and construction firms - creating much-needed employment and economic activity in the area.

In signing the letter, Charlie Adam, a beef producer at Leochel-Cushnie, near Alford, said: “I firmly believe that the proposals to develop at this site are critical to the profitability and sustainability of cattle production - both in the north-east and in Scotland more generally.

"NFUS support for this project has the backing of the whole Livestock Committee.

In a very competitive food market, in which margins are tight, it’s essential that firms invest in infrastructure to meet the needs of the market and to continue to support jobs.

“The proposal will go some way to providing much-needed processing capacity in the north-east; without which we could easily see cattle processing move out of Scotland.

"Scotland’s iconic red meat industry is at the heart of that ambition - but targets will only be achieved if we build processing capacity that meets modern day requirements.”