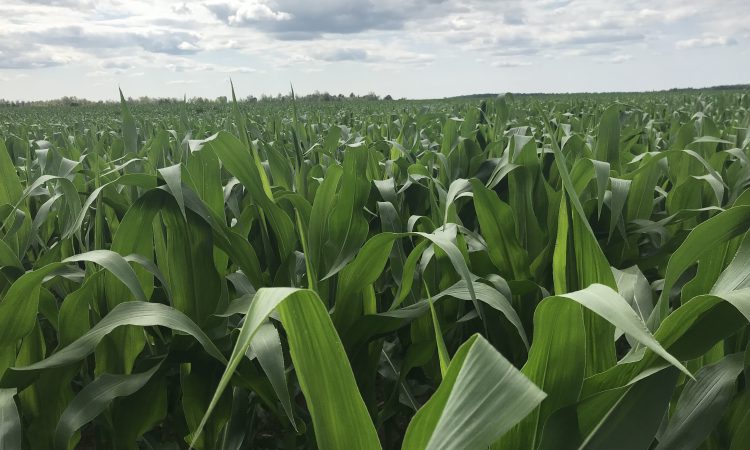 The price of corn in the US has dropped as stocks and yield have both been estimated up. At close of business on Monday, August 12, Chicago Board of Trade (CBOT) main-season corn stood at 385.25c/bu – down 25c/bu on the Friday evening price.

The report stated that the outlook was for larger corn supplies, reduced exports and the reduced use of corn for ethanol, as well as greater ending stocks.

This increase in production is thought to be as a result of expected higher yields. The USDA’s first survey-based corn yield forecast for the season shows corn yield at 169.5bu/ac – 3.5bu higher than last month’s projection.

Yield down in major producing regions, but up in others

Yield is forecast to be down on 2018 in the major corn producing states of Illinois, Indiana, Iowa, Minnesota, Nebraska, Ohio and South Dakota. Missouri is the only major producer which has a predicted yield increase.

However, an increase in yield has been forecast in many other states.

The report also stated that US corn exports have lowered due to increasing competition from Argentina, Brazil and Ukraine.