Home » Arable » US planting figures well ahead of wet 2019

US planting figures well ahead of wet 2019 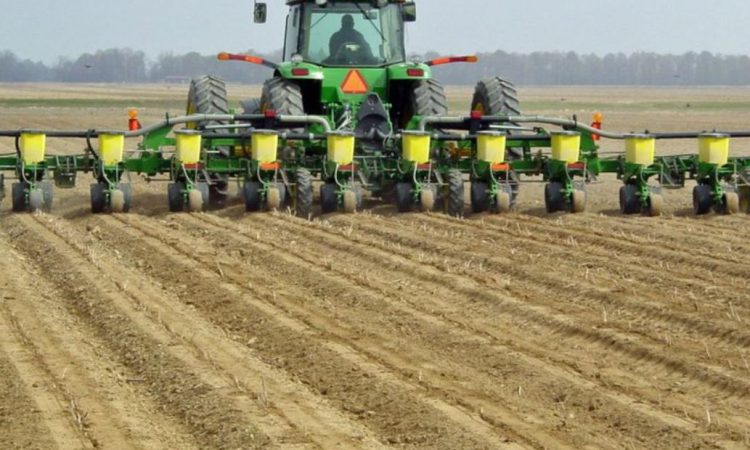 US farmers are off to a better start to planting than the same time last year. In 2019, US farmers struggled with wet weather. This delayed planting significantly and saw a large amount of soybean planting carry on to as late as July.

The quick pace of planting so far this season is also thought to have contributed to a drop in both corn and soybean future prices.

8% of corn has emerged so far.

The area of soybeans planted is well ahead for the time of year. 23% of soybeans are estimated to be planted so far this season. This is up from 8% the week previous.

This season some of those states are some of the furthest ahead with regard to planting. For example, Illinois has 56% of its corn planted compared to 10% at this time last year.

The Prospective Plantings Report released on March 29, 2020, by the United States Department of Agriculture (USDA) estimated that corn area will increase by 4% this season to 92.8 million acres, while the area of soybeans is expected to decrease by 5% from last year to 84.6 million acres.

As less vehicles travel the road amidst the Covid-19 pandemic the price of corn has dropped dramatically as a result of reduced ethanol use. This may impact on the area of corn planted.