Use of sexed semen ‘increased rapidly’ in NI dairy herds 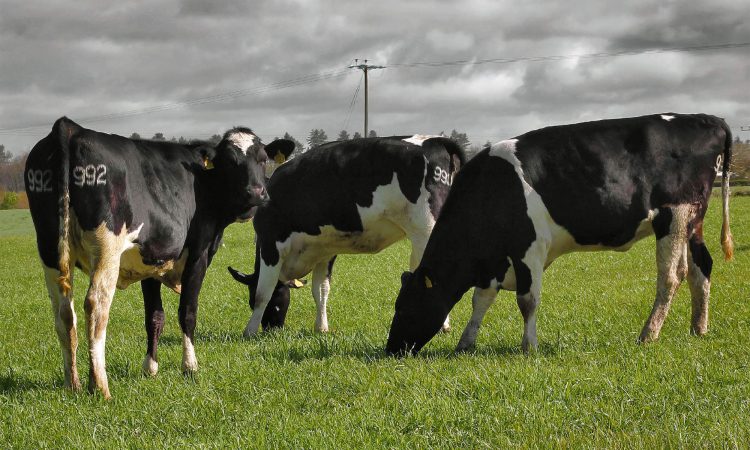 Sexed semen technology has been constantly evolving over recent years – and its use in Northern Ireland dairy herds has increased rapidly as a result, according to the College of Agriculture, Food and Rural Enterprise (CAFRE).

Relative conception rates for sexed semen, when compared to conventional semen, has been claimed to be around 90%.

According to the Northern Irish educational authority, some of the main points around achieving better conception rates with sexed semen are as follows:

Hopps explained that dairy farmers should have a clear plan for cow numbers on their farm and only produce the number of replacements that they require.

This will avoid a large number of unproductive stock on the farm. Cows not intended for breeding replacements can be bred to beef semen, he added.

The use of mixed sire beef semen has the potential to improve conception rates by 6-9% when compared to conventional semen.

This should allow overall herd conception rate (including sexed and mixed beef) to average out close to the use of conventional semen across the entire herd.

Sexed semen is generally more expensive than conventional. This coupled with a lower conception rate will be an extra cost for the dairy herd.

The reduced number of unwanted Holstein bull calves on farm is one of the main benefits for sexed semen – especially when their value is compared to beef calves from the dairy herd, Hopps noted.

The dairy farm will thus have more beef calves to sell and this should more than offset the additional costs associated with the technology.

If a large proportion of maiden heifers are bred to sexed, this will also speed up genetic progress in the herd, the CAFRE officer said.

Sexed semen in now a more reliable tool to allow dairy farmers to do this, Hopps concluded.