Using fake grass to boost utilisation of the real stuff in Co. Tyrone 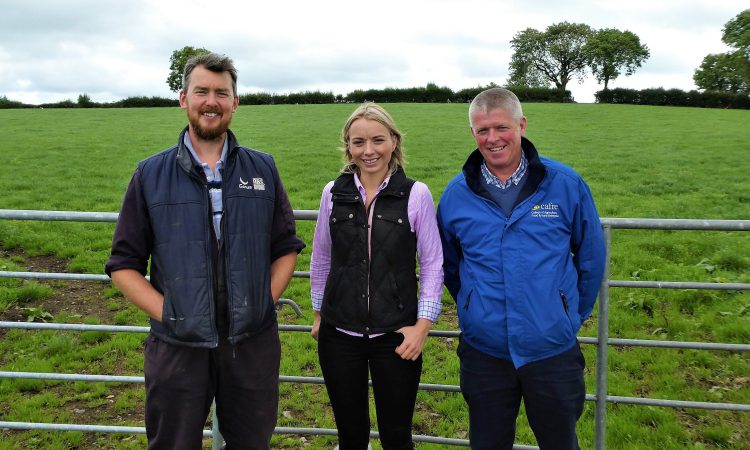 A Co. Tyrone dairyman has made use of a novel way to boost grass utilisation.

The laneways of Henry Stewart’s farm in Co. Tyrone may have appeared a darker shade of green than expected throughout the summer heatwave – but that’s because the Stewartstown farmer has a trick up his sleeve.

Henry places a strong emphasis on good grassland management on the 280ac farm.

He uses a strip grazing system across the farm for the two groups of milking cows, with a key focus placed on the pre-grazing cover.

But in a novel approach, the farm also uses artificial grass with the aim of improving cow flow on laneways.

Other key benefits of the unusual cow tracks are said to include:

The farm will be open to visitors on August 16 for a GrassCheck open day where researchers at the Agri-Food and Biosciences Institute (AFBI), College of Agriculture, Food and Rural Enterprise (CAFRE) and AgriSearch will discuss how to make the most of grass this autumn.

It’s expected that the lanes are likely to draw a lot of attention from those attending.

The farm hosts a herd of 220 Holstein cows managed in a block calving system with 50% of cows calving in autumn and 50% in spring.

The herd currently achieves an average production of 8,200L a year with 2,759L produced from forage.

“I try to go into paddocks at a total cover of 3,100kg DM/ha as I find this the easiest to graze out,” said Henry. “We regularly take big bales off the platform if covers go past our grazing target.”

Henry is one of 20 dairy farms participating in the GrassCheck project which involves the weekly recording of grass growth across the grazing platform.

“At present, I’m using the weekly measurements to calculate what area I can afford to take out for third cut silage,” said Henry.

Growth on the farm is starting to see a recovery with average growth rates this week of 64.5kg DM/ha/day – considerably above the low of 22kg DM/ha/day recorded back on July 9.

“This year we haven’t had the opportunity to make any extra forage on the grazing platform; so if possible, I’d like to take an extra 30ac of grass silage to boost our winter feed supply,” Henry added.

At the event, there will be the opportunity to hear about the GrassCheck project and the 2018 season so far, the farm’s grazing management approach, and options to get the most out of grass this autumn. The event will also focus on forage budgeting for the winter months.

AgriSearch’s Elizabeth Earle said: “Grass growth this year has been extremely variable across Northern Ireland. It’s important looking to the autumn that farms are well placed to make the most of grass at the end of the season and reduce pressure on winter forage supplies.”

The four farm walks will take place on the following days:

In the interests of biosecurity, those who are attending the farm walks are asked to wear clean clothing not previously worn while in direct contact with their own animals.