Video: Need to feed your silage faster? Check out this monster shear grab 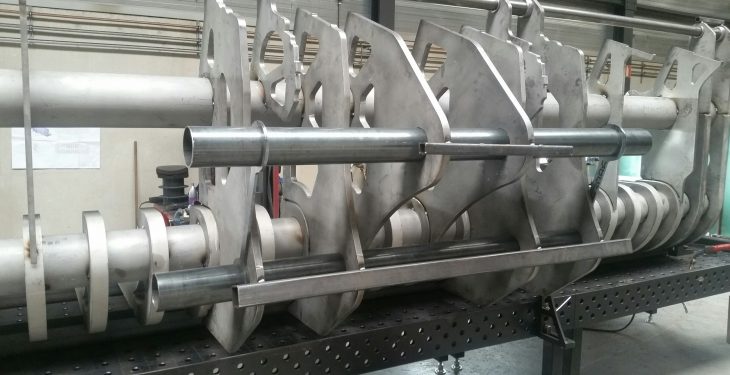 Dutch firm AP Machinebouw recently designed and manufactured what is being described as the world’s biggest shear grab.

The grab was commissioned for a large project in Texas, USA. A biogas installation needed a unit with a capacity of 12m³. The grab is a whopping 5.5m wide and weighs a beefy 11t.

The biogas plant manager stipulated that the grab would need to be able to perform “non-stop” and would, therefore, need to be very robust.

The shear grab has been designed to fill a 48m³ truck in just four passes. It will typically be used to knaw away at massive pits (clamps) of sorghum.

The first prototype unit is being used on a hefty Komatsu WA600 wheeled loader.

The Komatsu WA600 is no lightweight. It tips the scales at nearly 54t. The counterweight is almost 3.8t. It has 527hp at its disposal, courtesy of a 6-cylinder, 23L Komatsu engine. This is coupled to a powershift transmission, which incorporates a torque converter.

This WA600 features joystick steering, much like other heavy-duty quarry-specification loading shovels. Komatsu’s so-called AJSS is described as a “feedback steering system, which has been incorporated to allow steering and forward and reverse selection to be controlled by wrist and finger control”.

The company behind the grab

AP Machinebouw specialises in the development and production of equipment for the agricultural and civil engineering sectors. There is a varied and diverse range of products. The company was established in 1979 and is based in Rutten, Holland.

The attached pictures and videos show the unit being fabricated in AP’s factory and, later, on-site in Texas being used on the Komatsu loader. 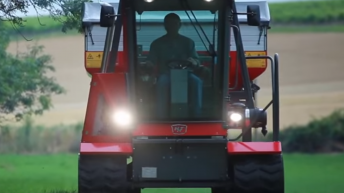 Video: Is this the ultimate ‘alternative tractor’ for wet ground?