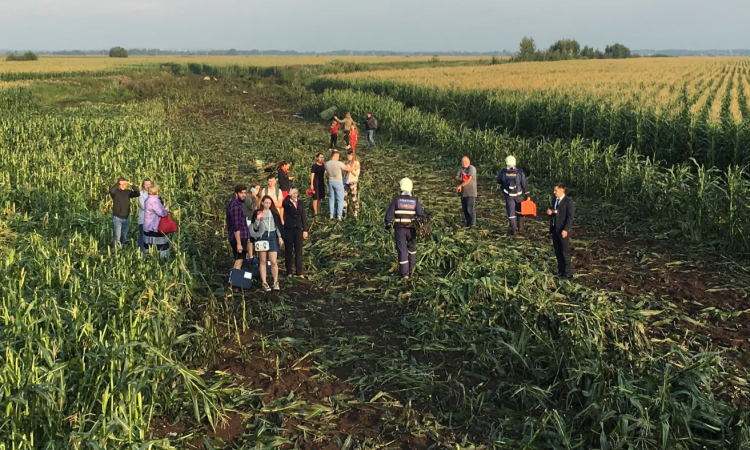 A passenger jet has made an emergency landing in a field of maize in Russia after getting into difficulty shortly after liftoff.

According to a report from TRT World, the Russian plane had only taken off when it crash-landed in the field 1km away from Moscow’s airport.

The plane was on route to Crimea when, according to the airline, the plane struck a flock of birds which the airline says got stuck in the two engines.

Speaking after the event, passengers said the aircraft shook violently and it smelled as though something was burning.

When the engines failed, the pilot managed to guide the plane to the ground safely despite neither of the engines working and the landing gear retracted.

There were 226 passengers and seven crew members on board at the time. Fortunately, nobody was killed but the ministry of health has said that 23 people suffered injuries from the event.

The pilot – who is said to have more than 3,000 hours of flying experience – is now being called a local hero by some local media outlets while the landing is being hailed as the miracle over Ramensk – the region where the plane landed.

The pilot’s successful landing is being compared to that of the US Airways pilot who landed a plane on the Hudson River in 2009.