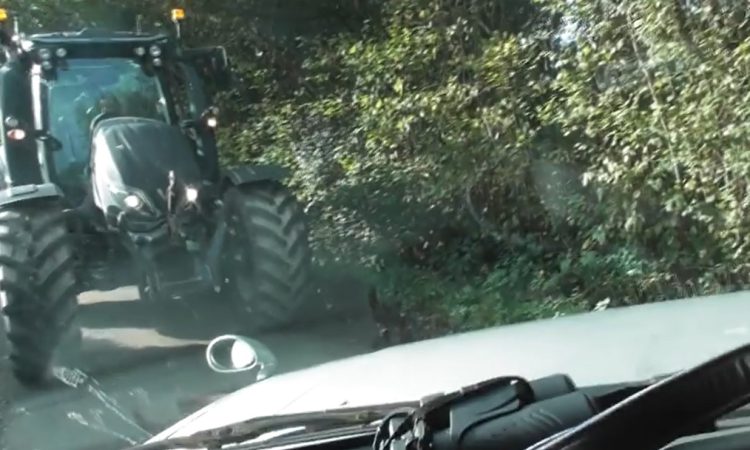 A tense standoff culminated in a tractor being used to ram the 4X4 that a pair of Hunt Sabboteurs were travelling in recently.

The incident is believed to have occurred over the weekend in the English county of Kent.

The group said that the incident happened on Saturday (October 10) “while sabbing the East Sussex and Romney Marsh hunt”.

“After blocking us in for 20 minutes, supporters of the hunt repeatedly drove their tractor into our vehicle causing serious damage,” West Kent Hunt Sabs explained.

“After this the tractor drives to ram into South Coast Hunt Sabs vehicle. How is this acceptable behaviour in modern day society?

“We are extremely lucky to have got away uninjured,” the group added.

In the video above, the men recording the footage from inside their vehicle can be heard phoning the police after the tractor forces them into the ditch:

I need the police urgently – there’s a tractor ramming into my car.

“I need the police urgently there’s a tractor smashing into my car and driving me off the road. It’s still doing it,” the men can be heard saying.