Volume of milk used by dairies fell 3.9% in September

The volume of milk used by UK dairies saw a 3.9% decrease when compared to the volume used in August 2021, figures from the Department for Environment, Food and Rural Affairs (Defra) show.

When comparing the 12-month rolling average up to September with the 12-months to August however, a smaller decrease is seen, of just 0.1%.

In September the production of liquid milk – which usually remains relatively constant, around 500-550 million litres/month – fell by 2.6% to 494 million litres.

The 12-month rolling average up to September saw a 0.1% increase in cheese and a 0.8% increase in butter when compared to the 12 months to August. 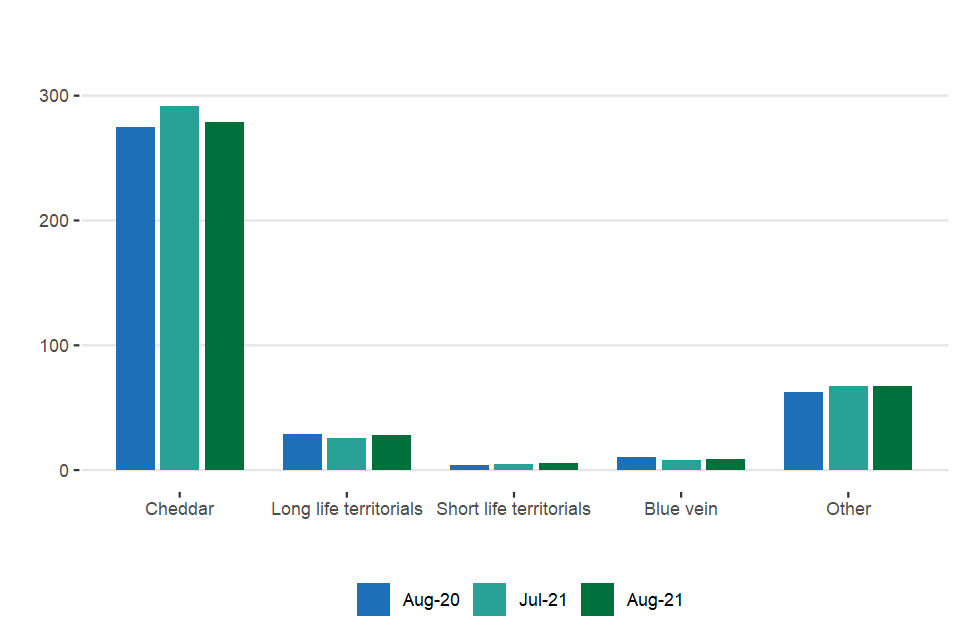 Cheese production continues to be the largest manufactured product.

Cheddar cheese was the most popular product by far.

New measures to help farmers with impact of dry weather