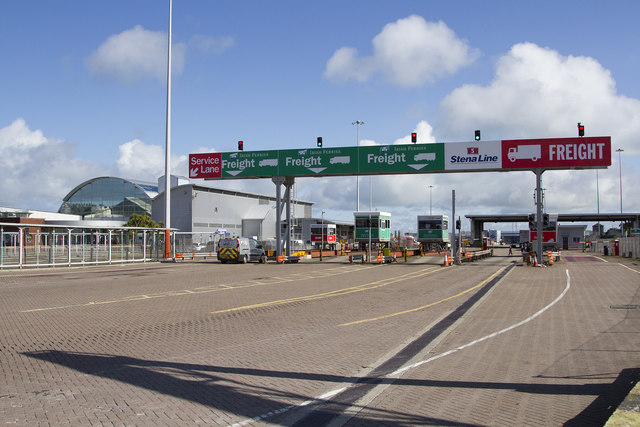 Farmers in Wales are set to protest at Holyhead Port in Anglesey in Wales later this week, for the purpose of delaying lorries carrying beef – originating from Ireland – from leaving the port.

According to a report by local media outlet North Wales Live, the protest is being organised in response to poor beef prices and “subsidised” Irish beef imports.

The protest is apparently set for 10:00am this Friday, September 27, and will attempt to disrupt lorries carrying beef produce from Ireland.

A letter was circulated by the organisers of the protest – whose identities are not known – calling farmers to take part in the action.

The letter, quoted by North Wales Live, said: “Let us get the support of the whole of north Wales. Let the protest be a peaceful one, and to the point. Our main objective should be to disrupt the Irish trucks by delaying their departure from the port.”

However, the planned protest and the letter have attracted significant controversy.

Not only is the protest not endorsed by Wales’ main farmer representative associations, but many – and perhaps all – of the 23 beef farmers who had apparently endorsed the letter have not, in fact, put their names to the letter, and have expressed their surprise and anger at having their names associated with the planned protest.

Some of the farmers concerned are now even seeking legal advice.

One farmer in the northern Wales region told North Wales Live: “I’m not very happy. I had no idea my name was being used like this. We’ve even had the police around asking us if we know what’s going on.”

Another local farmer was quoted as saying: “The fact that someone has put my name to this letter is very annoying. I’m pretty mad at being misrepresented in this way.”

Several factors are thought to be responsible for the low prices for beef in Wales, including: imports; people stockpiling beef in case of a hard Brexit; and general economic uncertainty around Brexit.