What’s the average power of a new self-propelled forager? 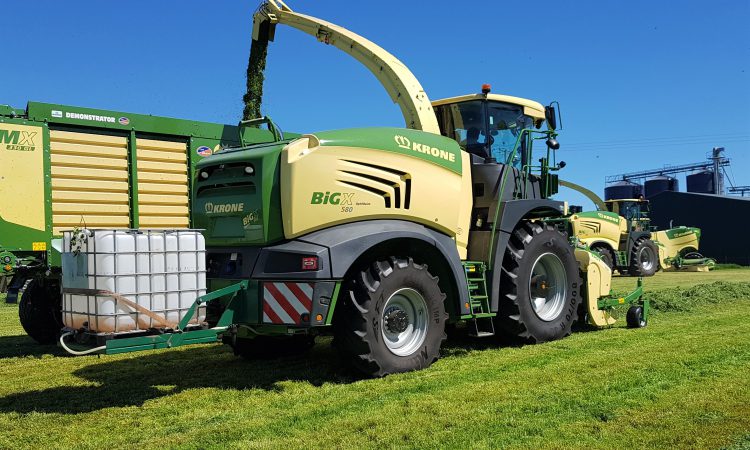 580hp is the approximate average horsepower of a new self-propelled forage harvester (of all makes/brands, excluding Rostselmash and Gomselmash) sold around the globe. That’s according to Krone.

Krone revealed the figure at a special event in Scotland this week (where these pictures were taken). There, the company showcased the latest developments to enhance its foragers’ performance – specifically when tackling grass silage.

A company spokesperson explained: “At Krone, 60% of worldwide sales are of our wide-bodied machines; 40% are of our narrow-bodied units.” 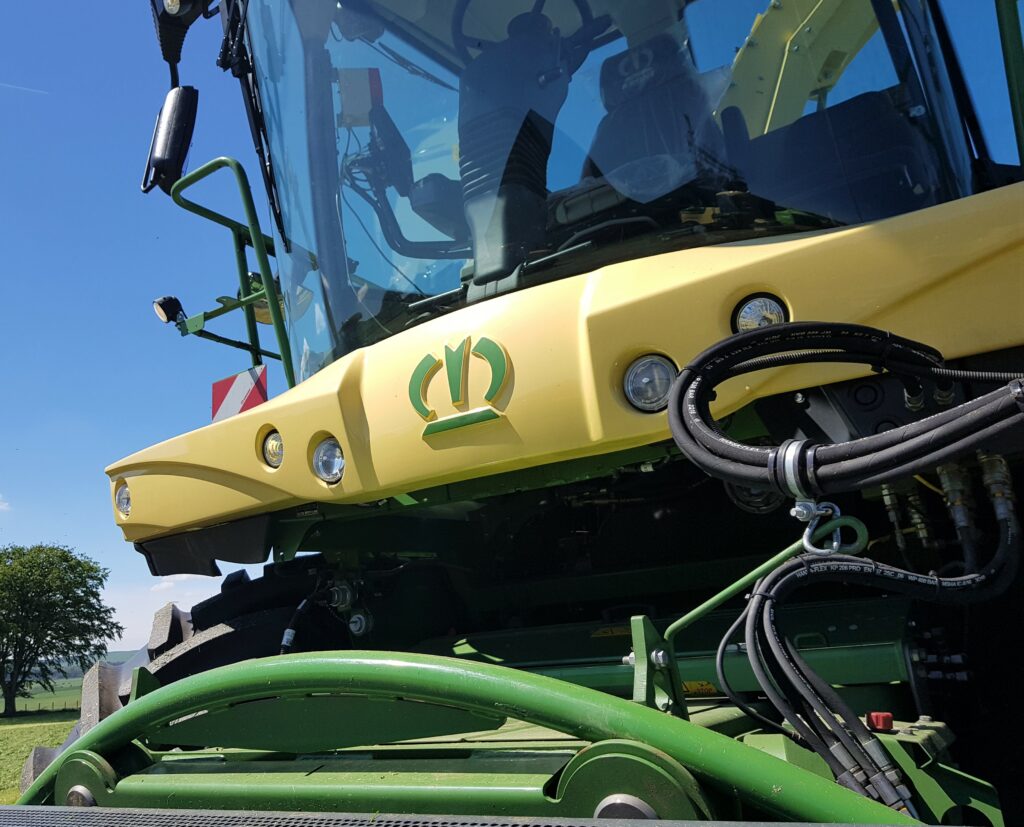 Here in Ireland, the narrow-bodied machines are more popular – reflecting the reality that many of these foragers are bought primarily for grass silage here, rather than maize or whole-crop. According to Krone, the biggest wide-bodied machines – such as the recently launched (1,156hp) flagship 1180 – are typically bought to tackle maize.

Farmhand’s Stephen Scrivener told AgriLand: “Here in Ireland, about 80% of new foragers that we sell are narrow-bodied machines. 20% are wide-bodied harvesters.”

When Krone first embarked on the BiG X (self-propelled forager) project, the aim was to develop and build high-horsepower, headline-grabbing machines – typically to service the ‘biogas’ sector. As time moved on, the company developed smaller and less powerful machines – units that are seen as being more suitable for contractors (and farmers) tackling grass silage. 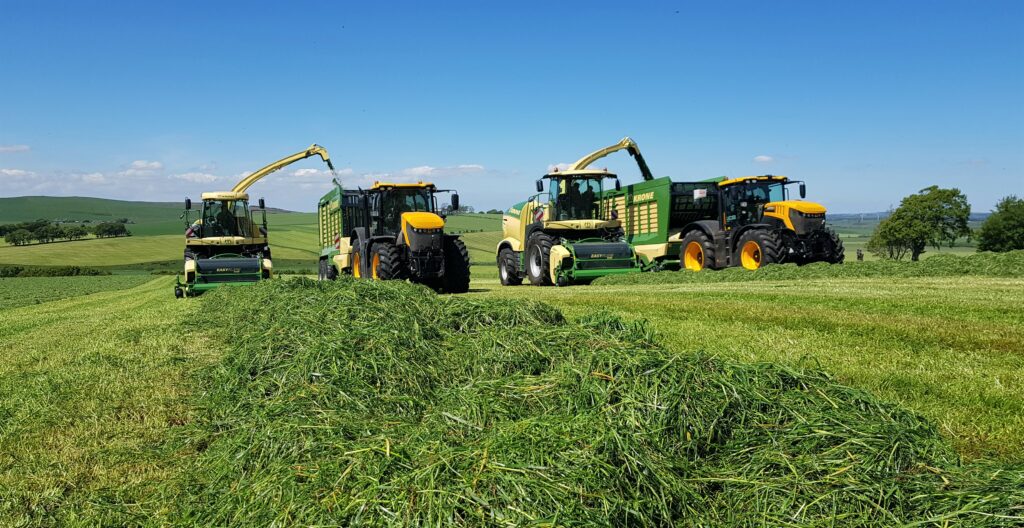 At this week’s event in Scotland, a representative from Krone explained: “There has been growth of 250% in sales of BiG X forage harvesters between 2008 and 2018 in the UK and Ireland.

Our ‘BiG’ product line [self-propelled forage harvesters, self-propelled mowers and big square balers] has accounted for a big proportion of our increased turnover across the world.

“The developments on the BiG X, in particular, are based on a goal of enabling farmers to produce 4,000L per cow per year from forage alone [excluding the milk yield that would accrue from additional concentrates, etc].” 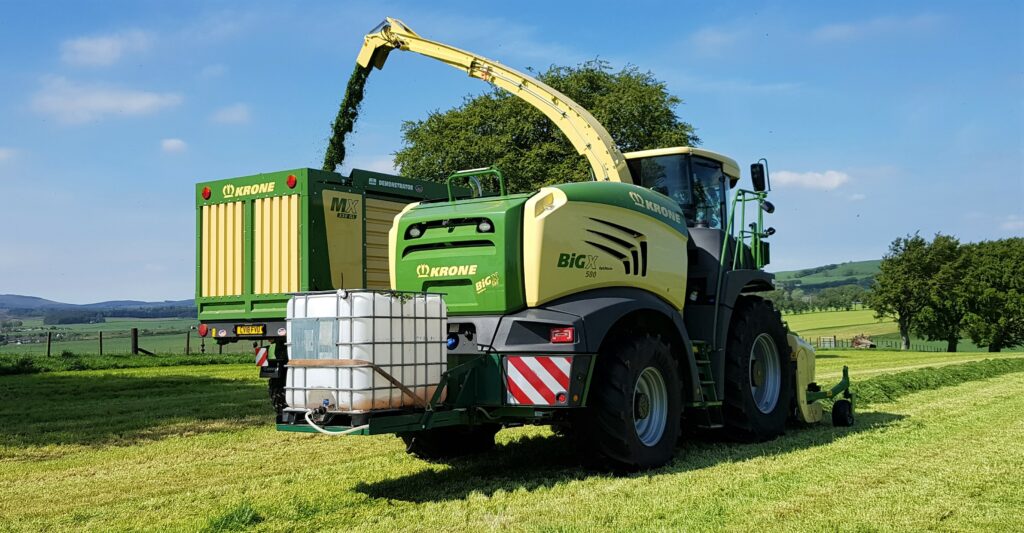