Who needs a chaser bin? Just ‘carry’ a truck trailer into the field

For large-scale tillage farmers, growing vast acreages, the chaser bin is seen as the proven method for shunting the crop from a moving harvester (in the field) to a truck (or high-capacity trailer) waiting on the headland.

However, Horsch and Fliegl have come up with an alternative solution - one that involves the truck trailer effectively being "carried" in the field - without the rutting and compaction issues that would normally plague such an approach.

The solution being touted by Horsch/Fliegl essentially involves the use of a tractor-drawn tracked chassis unit, which can carry the truck trailer (whereby the trailer's own wheels are lifted clear of the ground). 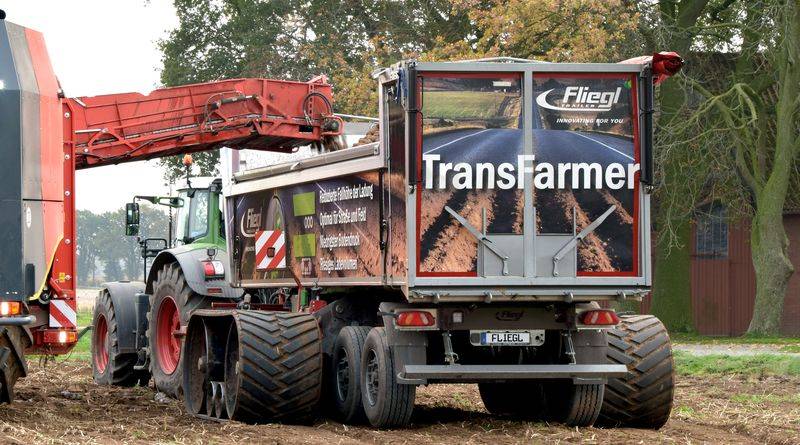 A prototype has been around for some years; more recently the two companies have started to forge ahead with what they feel is a market-ready product.

The idea is that the lorry (or truck, if you prefer) simply unhitches from its trailer. The tracked chassis unit is then reversed into position - effectively straddling the trailer. 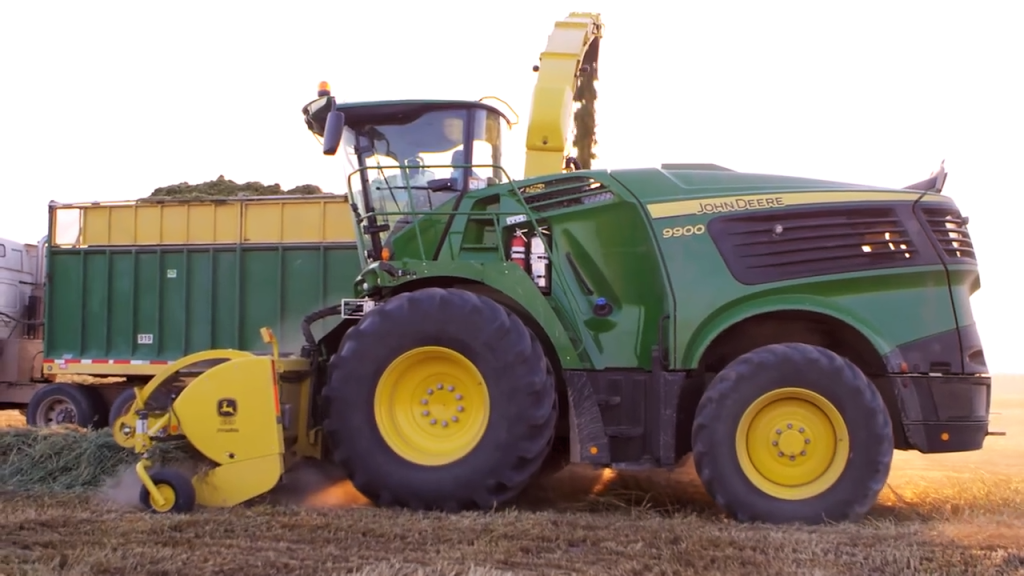 At the front-end, the trailer is secured using a 'fifth-wheel' coupling (mounted on the tracked under-carriage). A ram on the drawbar lifts the rig (to ensure adequate ground clearance).

At the rear, it's held in place by hooks/catches on either side. The trailer's wheels are raised off the ground by two hydraulic rams (on the tracked under-carriage). 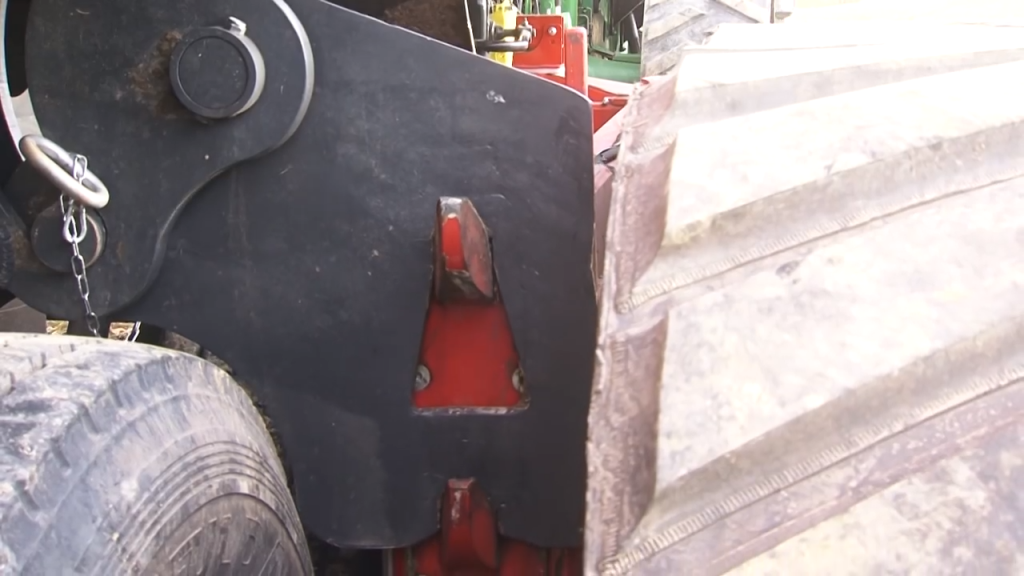 The chassis/under-carriage unit has 'driven' tracks; these are powered by hydraulic motors. This is to assist the tractor (charged with the task of towing the rig about when in the field).

This video (below), from Agrovid, shows the system in operation. Initial trials were carried out in the Czech Republic - on a farm run by Horsch.

The (artic-drawn) trailer is known as the Fliegl Trans Farmer (quite a clever pun!). Its aluminium body has a rated capacity of 48m³. Like a 'normal' road-going version, it's 2.55m wide.

The tracked chassis/under-carriage unit is known as the Horsch Trailer Lift (alas; a much more obvious title in this case). It attaches to a tractor via a K80 ball hitch. The bare unit weighs 8.74t; the maximum payload is 36t.

In the field, this unit can widen out to 4.9m (to straddle the trailer). For transport, it can narrow back to just 3m.

These companies are no strangers to interesting ideas. For example, late last year we reported on what must rank as Fliegl’s most eye-catching product - the Buffel.

It's best described as a novel forage harvesting machine; it encompasses a pick-up reel, a chopping rotor (similar to that in a silage wagon or a round baler), a bunker and an unloading conveyer.

It is essentially a self-loading silage wagon that can unload on the move – enabling it to keep picking up grass whilst unloading.