Home » Agri-Business » After a ‘period of significant change’ FBD invests €2.5m in rebrand

After a ‘period of significant change’ FBD invests €2.5m in rebrand 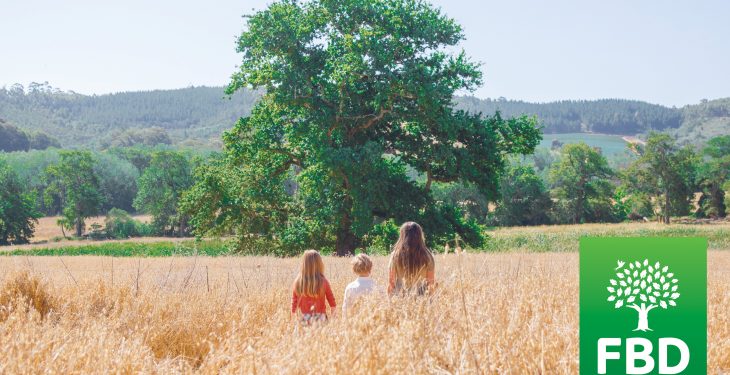 FBD, one of Ireland’s largest property and casualty insurers, has launched its new brand proposition today following a €2.5m investment in a campaign that will run throughout the year.

Comprising a new brand logo as well as a new advertising campaign, the brand underlines and builds on FBD’s unique position as the insurer which has been supporting local communities across the country for decades.

Inspired by FBD’s rich heritage when it was founded by farmers for farmers almost half a century ago and sees it today protecting over 500,000 customers, the new brand uses the tagline ‘Protection. It’s in our Nature’ to reflect FBD’s fundamental commitment to protecting people.

The targeted campaign will be rolled out from today across TV, radio, out-of-home and digital.

FBD’s Chief Commercial Officer Jim Ryan said that this was a big strategic decision for FBD and one that the company has been excited to unveil.

FBD has been through a period of significant change and with the refreshed brand we’re aiming to remind customers of our support for almost 50 years while remaining true to our roots.

“Over the past number of years there has been a real commoditisation of insurance where people only looked at price rather than stability when they chose their insurer.

“We’re a company that has a long history of protecting people, farms and businesses in this country and we will continue to protect them.”

Using the image of an oak tree to represent FBD’s longstanding commitment to the protection of its customers, the new TV advertisement tells the story of families, friends, businesses, young couples and farmers as they journey through life under the protection of the perpetual oak.

Creative agency Y&R Ireland was behind the new advertising campaign and worked closely with FBD to create a campaign that reflected the heritage of FBD and the company as it exists today.

The TV ad was directed by Dublin-based multi award-winning film director Ian Power while the Director of Photography was Games of Thrones’ PJ Dillon.

The voiceover was provided by actor John Kavanagh, who has appeared in many well-known films including Braveheart, Neil Jordan’s ‘The Butcher Boy’ and Oliver Stone’s ‘Alexander’ starring Colin Farrell, as well as the popular TV series ‘Vikings’.