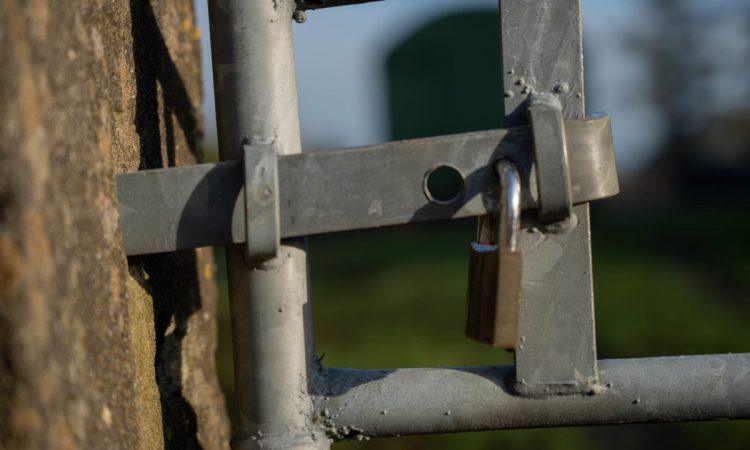 The cost of rural theft in Northern Ireland is reported to have fallen substantially over the last year during the pandemic.

However, farmers have been warned not to be complacent as thieves are expected to return with new tactics.

Just last week, police warned of a “slight increase” in shed and outhouse break-ins in Antrim.

Agricultural vehicles, tools and livestock were among the items most likely to disappear from farms in Northern Ireland.

However, on the flip side, other crimes such as dog attacks on farm animals and fly-tipping soared as pet ownership and countryside visits increase.

The trend carried across the rest of the UK; in its Rural Crime Report, published today, NFU Mutual revealed that rural theft cost the whole of the UK an estimated £43.3 million in 2020.

The figure represented a fall of 20.3% on the previous year, making it the lowest annual cost recorded in five years.

NFU Mutual claims data, however, also showed the cost of dog attacks on sheep and cattle rose by 50% across the UK in the first quarter of 2021 compared to the same period last year.

It coincides with a 10.2% rise in the number of dog attacks, suggesting that when attacks happen more stock are being injured or killed.

While lockdown may have locked some criminals out of the countryside, rural crime hasn’t gone away. Thieves are now returning armed with new tactics and targets.

“As the economic impact of the pandemic bites, we are very concerned that rural theft may escalate significantly.

“There’s no doubt that when we work together with police, rural communities, the Ulster Farmers’ Union and other rural organisations to tackle rural crime it can make a real difference. That’s why we’re working closely with Northern Ireland’s Rural Crime Partnership, and funding measures to help protect our members’ property through security marking.

We believe this is vital support because rural crime isn’t just about money to replace stolen tractors. It causes disruption, seriously affects farmers’ mental well-being and destroys the trust which enables rural communities to flourish.

“With more and more people using the countryside, we are urging the public to support farmers and rural communities by reporting suspicious sightings and crimes to the police. ”

Ulster Farmers’ Union (UFU) deputy president David Brown added: “While the overall cost of rural theft in Northern Ireland decreased, one farmer falling victim to rural crime is still one too many and sadly, criminals have persisted in stealing from the agriculture community throughout the global pandemic.

Farmers have so much on their plates and this time of year is one of the busiest periods in the farming calendar, but we ask members not to let their security slip or become complacent.

“Checking livestock regularly, ensuring unused vehicles are locked, equipment is stored away and sheds are secure, are just a few simple measures that can help prevent rural theft.

“We welcome the funding from NFU Mutual to help combat rural theft in Northern Ireland and look forward to plans getting rolled out so farmers can make the most of it.”