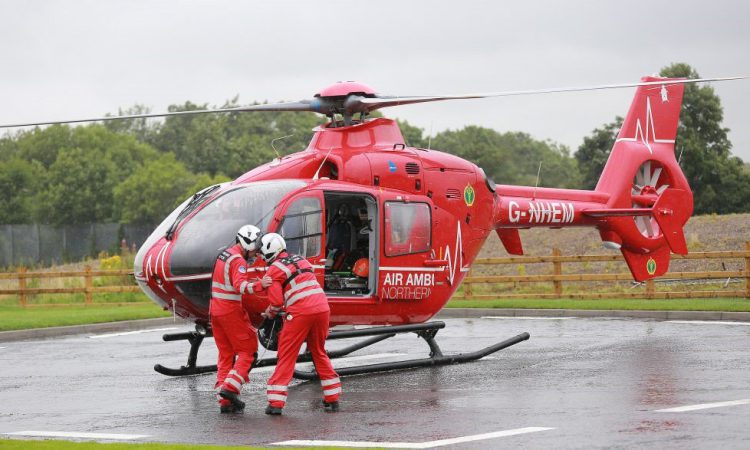 Two north-west men have been airlifted to hospital following a slurry accident on a farm in Claudy, Co. Derry yesterday evening (Saturday, June 16).

The pair – who are understood to be a father and son – were rescued from a slurry tank before they were flown to Artnagelvin Hospital by the Northern Ireland Air Ambulance.

A PSNI spokesman said: “Emergency services attended the scene of an incident at a farm in the Claudy area around 4pm yesterday, Saturday, June 16.

“Two men, one aged in his 40s and the other in his 70s, were taken to hospital for treatment. The Health and Safety Executive has been informed.”

Two ambulance emergency response vehicles were sent to the scene along with the Northern Ireland Air Ambulance.

It follows less than a week after a man was killed in a machinery accident in Co. Fermanagh.

The Health and Safety Executive of Northern Ireland is investigating the incident, which took place near Lisnakea, Co. Fermanagh at around noon on Monday, June 11.

It’s not the first time the air ambulance has had a key role in a farm rescue. As a result, the Ulster Farmers’ Union has chosen to make the helicopter emergency service its chosen charity for 2018.

In an ambitious challenge, the 11,000-strong farming organisation hopes to raise £100,000 in its 100th year to help support the service.