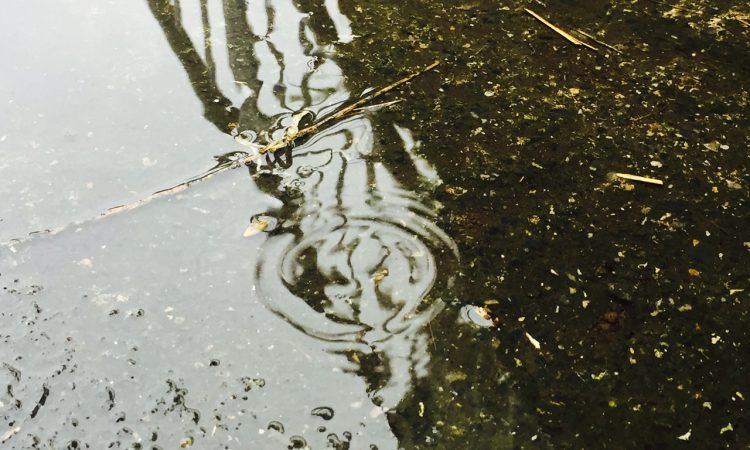 Heavy rain hit the UK this week and flooded fields amidst what is a difficult harvest – similar to Ireland.

Posts to social media showed potato drills covered in water. Some farmers reported from 50mm to 62mm of rainfall. Lincolnshire was an area badly affected by these heavy thunderstorms.

In the week previous, the Agriculture and Horticulture Development Board (AHDB) reported that 1.7 million hectares of the harvest had been cut as of August 11.

“Uneven crop ripeness has reportedly been a problem for some this season, with bare patches and thin crop areas a more common feature in fields too. To date, yields are well below both last season and longer-term averages,” the AHDB stated.

Advertisement
The national yield of winter wheat in Great Britain was between 7.3t/ha and 7.8t/ha, with 50% of the winter wheat harvest almost complete last week.

Since AgriLand last updated readers on UK yields more information has been provided on winter barley.

The average yield of the five control varieties in the winter barley recommended list trials (treated trials) is currently 8.77t/ha and is 0.91t/ha below the five-year average of 9.88t/ha. This is a slight change from 0.95t/ha on July 22.

However, the national yield reported from farms is much lower. Winter barley yields across the UK are estimated at 6.3-6.6t/ha.

Winter oilseed rape yields were coming in between 2.6t/ha and 3.0t/ha across the country.

Results from the recommended list trials carried out by the AHDB show that the average yields of the control varieties of oilseed rape are 4.63t/ha. This is well below the four-year average of 5.34t/ha.

There was not enough data to give yields on spring barley or oats. Drier weather is needed for the large area of spring crops and winter wheat still to be harvested.