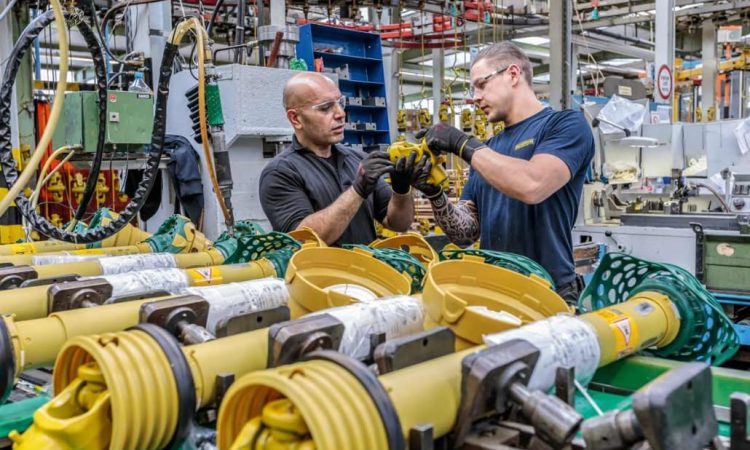 Two well known names in the components sector, Comer and Walterscheid, have just become one group, creating a powerful new presence in the agricultural manufacturing industry.

Comer, founded by the Storchi family in 1970, has agreed to purchase the Walterscheid group from One Equity Partners (OEP), a New York-based private equity firm.

The combined turnover of the two companies in 2020 was €792 million with Comer being the slightly smaller company.

However, it is not a direct buyout as OEP will retain a “significant minority shareholding” in the new company.

The product ranges of the two companies complement each other well.

The Italian company, best known for its mower beds, is also a manufacturer of gearboxes, driven hubs and planetary drives.

Walterscheid, on the other hand, tends to specialise in transmitting power with its PTO (power take-off) shafts being firm favourites with original equipment manufacturers and in the aftersales market.

However, there is also a good deal of overlap, and it remains to be seen if any substantial consolidation of the product range will occur.

It has not been revealed just how large OEP’s retained shareholding in the new group is, but its managing director, Joseph Huffsmith, appears keen to talk up the future prospects for a company he claims to have just sold.

He points to the “strong rebound in the agricultural and construction equipment sectors” as well as increasing food production, greater reliance on wind energy and outsourcing of component manufacture by original equipment manufacturers (OEMs).

Likewise, Walterschied’s CEO, Wolfgang Lemser tells us that he is delighted that OEP has “decided to remain an investor in the combined business”.

Meanwhile, his opposite number at Comer, Matteo Storchi, declares himself “thrilled” to be partnered with the other two companies.

Although the deal is presented as a buyout of Walterscheid by Comer, it does appear to be more of a merger, with an American equity company brokering the transaction, increasing its own involvement in what it believes to be growth industries, while doing so.