No let-up in cattle prices – but lamb prices improve 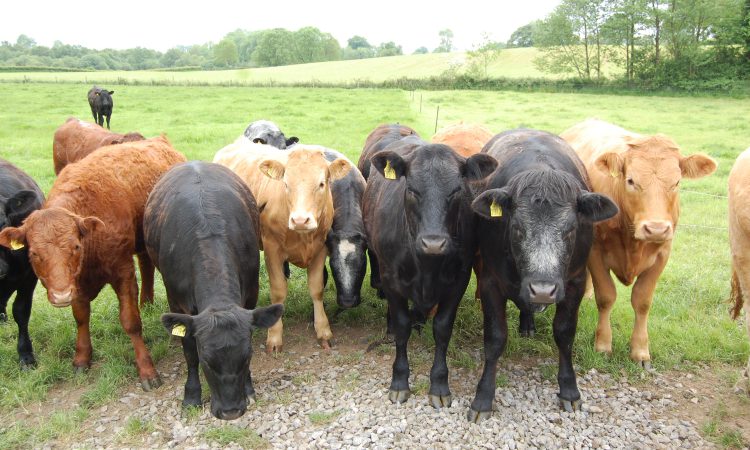 Cattle prices lost ground again in the week ending March 16, according to the latest update from the AHDB.

Aside from prices for those young bulls meeting higher specifications, cattle in every category fell in price.

Higher levels in storage may be reducing flexibility in the supply chain, so any softness in demand translates directly to the farmgate price.

Uncertainty about export volumes after the end of March may also be affecting market confidence, according to the AHDB.

Warmer weather could allow more widespread turnout in the coming days, stemming the number of cattle available; grass growth appears generally well ahead of where it was this time last year.

Estimated slaughter in the week was 32,500 head, slightly higher than last week, although 500 head lower than a year ago.

Estimated cow slaughter in the week ending March 16 was 11,000 head, 300 head lower than the previous week, and slightly behind the same week last year.

Although cow prices also fell slightly in the week, by 2.3p to 224.5p/kg overall, this is not yet enough to suggest a change in the overall upwards market trend.

During the week ended March 20, the British liveweight OSL SQQ stood at 198.64p/kg, up over 1p on last week and still just below the five-year average. This is now the second consecutive week of price increases.

In the week ended March 16, the British deadweight OSL SQQ stood at 419.3p/kg, up just over 2p week-on-week. This price is 27.1p below the five-year average.

It is important to remember that Easter is late this year, and often the key procurement period has started by this point, which influences the five-year average.

Estimated slaughterings for the week stood at 246,600, also higher than last week but lower year-on-year.