It is believed that Farmhand – via its dealer network around the country (both north and south of the border) – has already sold 15 new Krone BiG X self-propelled forage harvesters for the coming silage season.

The BiG X 630 is believed to be the most popular model; a Farmhand spokesperson explained: “It’s the most suitable machine for typical Irish conditions.”

The BiG X 630 has 626hp on tap; like other Krone foragers it’s notable for having six feed-rollers. The 630 is the biggest of the so-called “compact” models.

The tally of 15 is a significant figure. In the broader scheme of things Krone is a relatively new entrant to the self-propelled forager market. The German manufacturer unveiled its first unit as recently as 2000.

Krone has since gained considerable ground in this market, particularly during the past few years.

In recent times, Claas and John Deere have typically been the dominant players in the Republic of Ireland. It will be interesting to see how the 2018 forager market – taking all brands into account – pans out when the dust has finally settled.

Of course, given the cost, complexity and lead-times associated with such machines, deals are invariably signed and sealed long before the season kicks off – in any given year.

It is also believed that a double-digit number of Krone BiG M self-propelled mowers have been sold for this year’s silage season.

Krone has little (self-propelled) competition in this market segment, though some contractors prefer tractor-mounted alternatives – particularly if they have other uses for the required horsepower.

In related news, Krone unveiled the latest additions to its BiG X range at November’s Agritechnica machinery extravagnaza in Germany.

In what Krone says is a world’s first, the new BiG X models can be equipped with a brand new cab lift system; this feat of engineering was showcased on a BiG X 880 at Agritechnica. 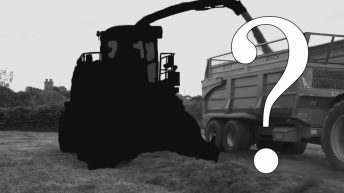