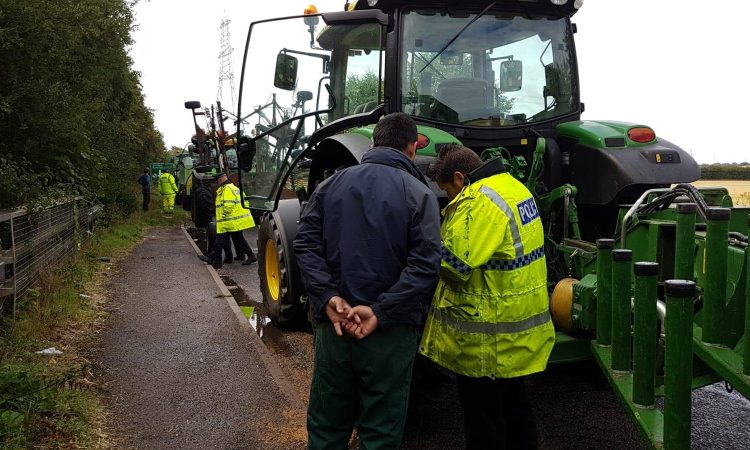 Almost 90% of agricultural vehicles checked by police in Hertfordshire over a two-day operation were found to have road defects.

‘Operation Agrarian’ was implemented after recent incidents involving agricultural vehicles which have resulted in significant disruption to the road network.

Tractors, trailers, and trailed appliances were among the vehicles checked for roadworthiness on August 22 and 23 in East Herts.

19 vehicles were stopped across the two days of proactive monitoring within the district. This figure was influenced by inclement weather prevailing on both days, however, officers said it was sufficient to provide a clear picture of the current situation.

Of the 19 inspected, just two did not have any defects noted. Two vehicles had defects which resulted in them being escorted off the carriageway into a nearby field to await the immediate services of an agricultural engineer.

“At this time of year we see a big increase in the volume of agricultural vehicles on the road network,” said rural sergeant Duncan Wallace.

“Once the harvest is underway, crops often need to be moved quickly into storage and large loads are a common sight on country lanes. Unfortunately, this year we have had one incident involving an overturned tractor and trailer combination, which caused severe disruption to road users at the time. 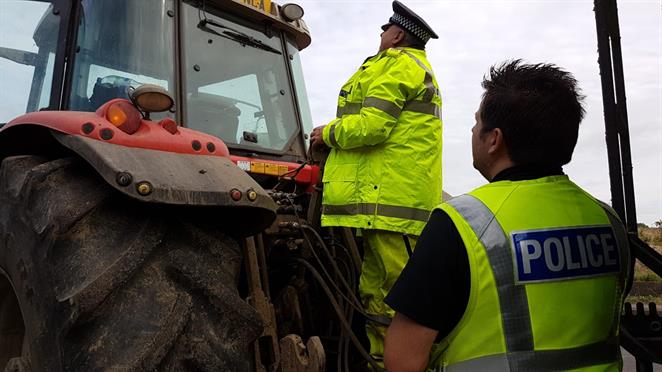 “The public would expect us to ensure agricultural vehicles used on the roads conform to current legislation and regulations, as any other class of vehicle, so that other road users are not being put at unnecessary risk.

“I would like to thank the wider rural community and local East Herts members of the National Farmers’ Union (NFU) for their support in this initiative.

Our work is not intended to impose further pressure upon the industry at such a busy time of year but is aimed at working with them and educating those employed to ensure agriculture is an industry fit for the twenty-first century.

“The operation also gave us a chance to speak to drivers and operators to offer advice and assistance to improve public safety and their working environment.” 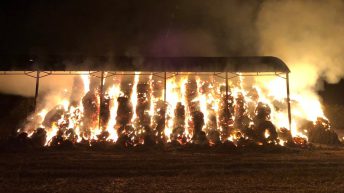 £20,000 of straw destroyed in Hertfordshire blaze