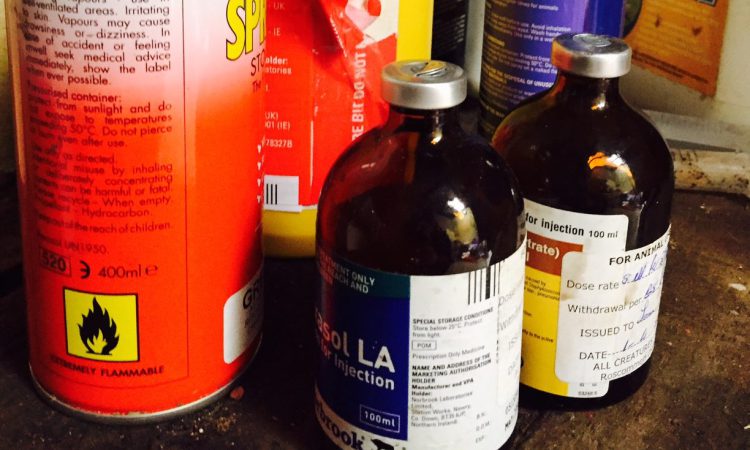 Two men who were arrested following the theft of animal medication from a veterinary surgery in England have been released under investigation while police enquiries continue, local authorities have confirmed.

The burglary took place between 8:30pm on Monday, June 29, and 5:55am on Tuesday, June 30, at a veterinary surgery in Worting Road, Basingstoke, in the English county of Hampshire.

According to Hampshire Police, two men, a 36-year-old man and a 47-year-old man, both from Basingstoke, were arrested on suspicion of burglary.

Two men were later hospitalised – believed to be as a result of taking animal medication. One of the men has been discharged but the other, a 51-year-old, remains in intensive care, police added.

In a statement, Hampshire Police said:

“We are reiterating the warning that taking medications which are not prescribed for you, and are not intended for human use, can have a significant and serious effect on health.

“Anyone who has taken animal medicines or who knows someone who may have taken them, should seek medical help immediately.

One of the liquid preparations in particular – if inhaled, consumed orally or injected – could cause a severe reaction which could prove life-threatening.

Noting that the product comes in a bottle branded ‘Iso-Flo’ and contains Isoflurane, the police force stressed: “If anyone is offered these drugs or has any information about their whereabouts, please call 101, quoting 44200238349.

“If you find any suspicious drug packaging, bottles or cannisters discarded, we would also ask that you don’t touch them but call us on 101 and we can arrange to pick them up safely,” the statement concluded.