Armagh part-time farmer John McKavanagh has just enjoyed the tightest lambing yet with all 280 Lleyn ewes heading back to the fields inside a month.

“When you only have two weeks of annual leave set aside for lambing the pressure is on time so teaser rams are put in each autumn for a full cycle of 17 days before the rams are put out,” explained McKavanagh.

McKavanagh farms 60ac part-time at Castor Bay on the shores of Lough Neagh in Northern Ireland.

“This year due, I think, to the autumn weather, our sheep all lambed in three weeks from Feb 21. That made life a lot easier - as did our investment in a Forster Technik Eco Feeder from Volac. 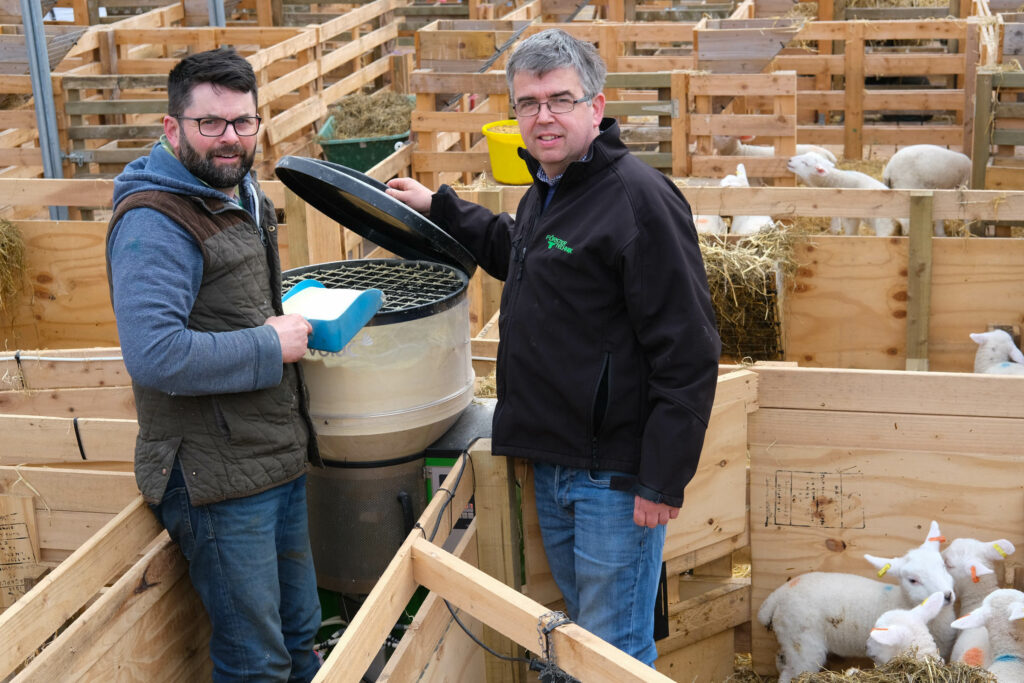 “It has freed me up to do other things in the lambing polytunnels. Time and energy, both extra valuable during lambing, are saved.

“We have up to 60 lambs on the machine - in some cases, they actually do better than some of their peers left on the ewe.

All ewes with lambs remain inside for at least 24 hours thus ensuring they are fit to head out to grass. Apart from orphan lambs, the Eco Feeder rears the surplus from multiple births or from ewes with no milk.

“Yes, there is the cost of the feeder and milk powder, but we gain the time to focus on actual lambing. Not bottle feeding or wrestling with lambs that refuse to drink from either bottle or ewe."

"It's better business than taking poor money in a few months and meanwhile risk losing a lamb," he said.

“In the past, we would have sent a ewe out with poor milk hoping for the best and nine times out of 10 the lamb struggled and you end up with a late lamb to finish off grass."

A strong point at Loughview Farm as John is a stickler for attention to detail.

Asked why run a closed flock of purebred Lleyn, he said that a part-time farmer needs sheep that lamb easily and are easy to maintain.

“The Lleyn are superb mothers and need very little intervention at lambing," he explained.

Flock owners with off-farm employment need a simple system as they don't have the luxury of always being about the place.

“Veteran contractor Crosby Cleland of Saintfield was hired to fence our ground after reseeding and he encouraged us to look at the Lleyn - a very fertile Welsh breed that has proved ideal.

“About half our female lambs are sold as flock replacements in the yard or at Ballymena. The rest of the crop go to the ABP plant five minutes from here - usually from the first week in July, with almost all R and U grades. The Lleyn hitting 21kg carcass weight when off-farm at 44kg."