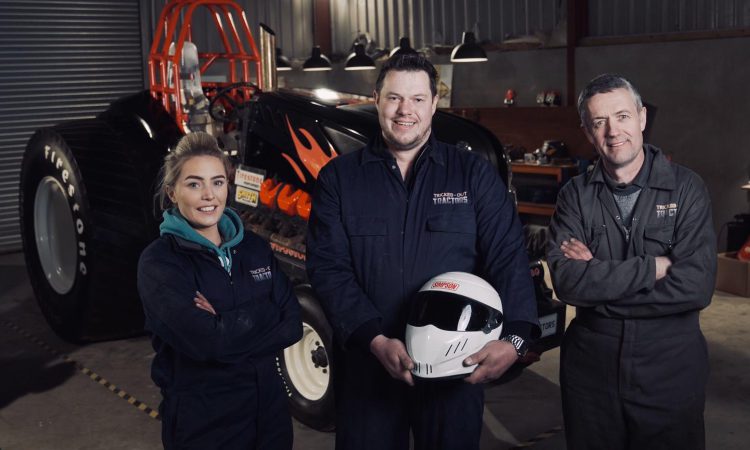 A new three-part TV series has brought together a team of petrol heads who have been restoring beloved vintage tractor models, building custom one-of-a-kind monster machines and crafting bespoke rebuilds.

‘Tricked-Out Tractors’ is set to begin on BBC One Northern Ireland on Monday, October 26 at 7:35pm.

The trio has worked on complicated tractor builds, ground-up restorations, and cutting-edge designs in this new restoration/modification series.

Filmed by Green Inc. production mainly before current Covid-19 restrictions began, viewers will see the team go wild with paint schemes, get hands-on with engine upgrades, have fun out and about go-karting, and getting inspiration from a custom car show.

From an almost 100-year-old Fordson, to a champion pulling tractor and a classic red Porsche, the workshop has been graced with some of the most sought after tractors around.

Stephen Lennon said: “This series is something new and completely different. It has big entertainment value and you might just learn something about tractors and the history of tractors too.”

Darren Bailey said: “It’s amazing how we have taken tractors destined for the scrapheap and transformed them into basically shiny new shoes again.”