Home » Machinery » 60kph for Valtra’s latest tractors: Too fast or too slow? 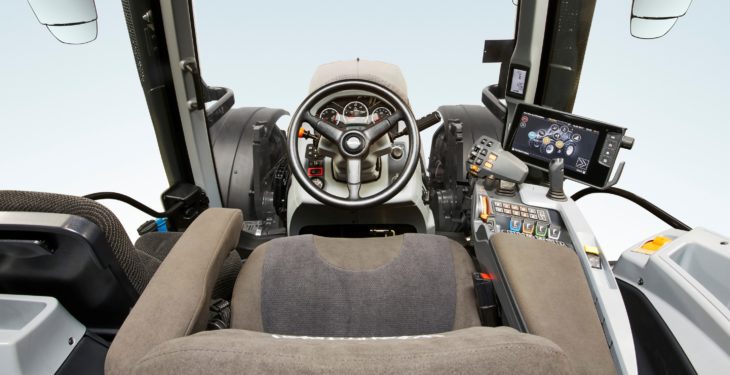 Valtra is expanding its fourth-generation N and T Series ranges upwards, with the introduction of new models and the SmartTouch armrest on all Versu and Direct models. 60kph transmissions are also available.

The N174 model now features a two-step boost to 201hp – from a 4-cylinder machine. According to Valtra, the extra boost is a “big benefit for PTO work and road driving”.

The company has added a Direct (CVT) version of its T234 model; this takes its most powerful CVT offering to a double-boosted 250hp. A new T254 model is also available in HiTech, Active and Versu power-shift versions; it has up to 271hp.

Valtra’s new flagship S394 model is also new this year; it was previewed at SIMA 2017.

Valtra has also unveiled its new armrest controller – namely SmartTouch. It integrates the armrest with a multi-function drive-lever, valve switches, rear-linkage and PTO controls, a touch-screen terminal and push-button control pad – with the aim of bringing all these within easy reach of the driver.

In fact, says Valtra, with the exception of the driver’s seat and air conditioning, SmartTouch allows the operator to control everything in the tractor.

SmartTouch has been designed and engineered in Finland. It was awarded the Red Dot design accolade in April 2017.

SmartTouch is available on Valtra tractors from 135 to 405hp with Versu (power-shift) and Direct (CVT) transmissions.

Valtra claims that its nine-inch touch-screen terminal is easier and more intuitive to use than a modern smart phone. An interactive picture of the tractor is designed to help locate and access all functions.

Valtra says that anyone, whether they have used a touch-screen before or not, can operate this terminal with little or no training. The ‘One Step Less‘ approach, says the company, ensures that the operator does not “get lost” in the menu. This should help to reduce driver frustration.

The navigation steps are minimised; Valtra says that navigation is now more intuitive.

Valtra has also officially introduced its new fourth-generation A Series – or the A4 line-up.

The new A Series is built in Suolahti, Finland and Mogi das Cruzes, Brazil and is available in three chassis types – the S, M and L chassis – and, depending on specification, is available from 75 to 130hp.

According to Valtra, these engines are “environmentally friendly, quiet and offer high torque across a broad speed range”, which, it says, makes the latest A Series “fun to drive and easy to handle”.

The ‘S chassis’ models are the entry-level (3-cylinder) tractors and are available in 75, 85 and 95hp versions.

The ‘M chassis’ versions are also fitted with AGCO Power engines, but this time 4-cylinder blocks, and are available in either 100 or 110hp versions.

Like the ‘M chassis’ versions, the ‘L chassis’ models also feature AGCO Power 4-cylinder engines under the bonnet, but are capable of producing either 120 or 130hp.

To make sure the power of the new engines is effectively transferred to the ground, Valtra has equipped the latest A Series with a “highly efficient” transmission. It provides 12 forward and 12 reverse speeds, courtesy of two ranges.

Six of the speeds fit into the typical fieldwork speed range of 4-12kph. A ‘super creeper’ option offers ratios as low as 0.09kph (at 1,400rpm). 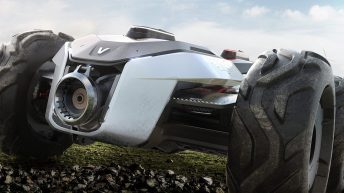