Home » Machinery » A 4m-wide front mower that ‘folds’ to 3m for transport, but how?

A 4m-wide front mower that ‘folds’ to 3m for transport, but how? 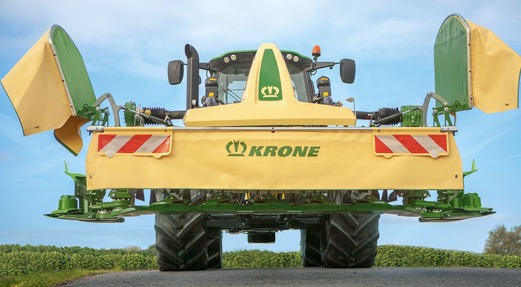 Among an array of new machines and innovations, Krone has unveiled its new EasyCut F 400 CV front-mounted mower.

This 4m-wide mower is especially noteworthy, because it “folds” to a width of less than 3m when venturing out on the road.

The machine has been awarded a silver medal by a DLG (German Agricultural Society) jury ahead of Agritechnica 2019. 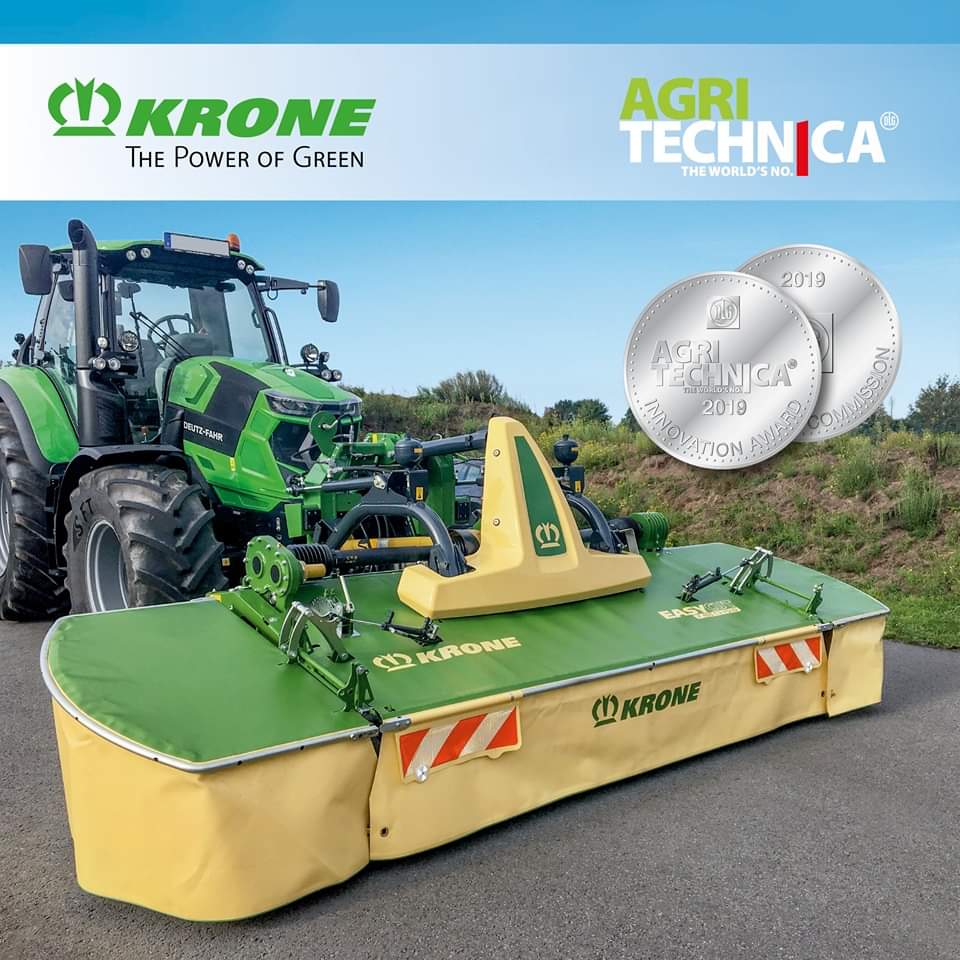 According to Krone, a 4m-wide front mower (rather than, say, a 3m-wide unit) works especially well with some types of rear-mounted (butterfly) mowers – as the additional width helps to avoid uncut strips when turning or working on sloping ground (without the need for a complex ‘side-shift’ mechanism).

Conversely, upon arrival at the field, the outer sections of the disc-bed (mower-bed) rotate forwards and outwards – thus resulting in an effective working width of 4m. The side-mounted top covers pivot downwards and outwards.

This Facebook video (below) – posted by Hoftijzer LMB – shows how the mower ‘folds’ – from its ‘transport’ to its ‘working’ position.

This further Facebook video (below) – also from Hoftijzer LMB – shows the ‘folding’ mechanism in action from another angle.

In other Krone-related news, the manufacturer recently revealed that it is now building approximately 320 BiG X self-propelled forage harvesters each year at its factory in Spelle, Germany.

The total global market for self-propelled forage harvesters (of all makes/brands) is now believed to be in the region of 3,000 machines per year. 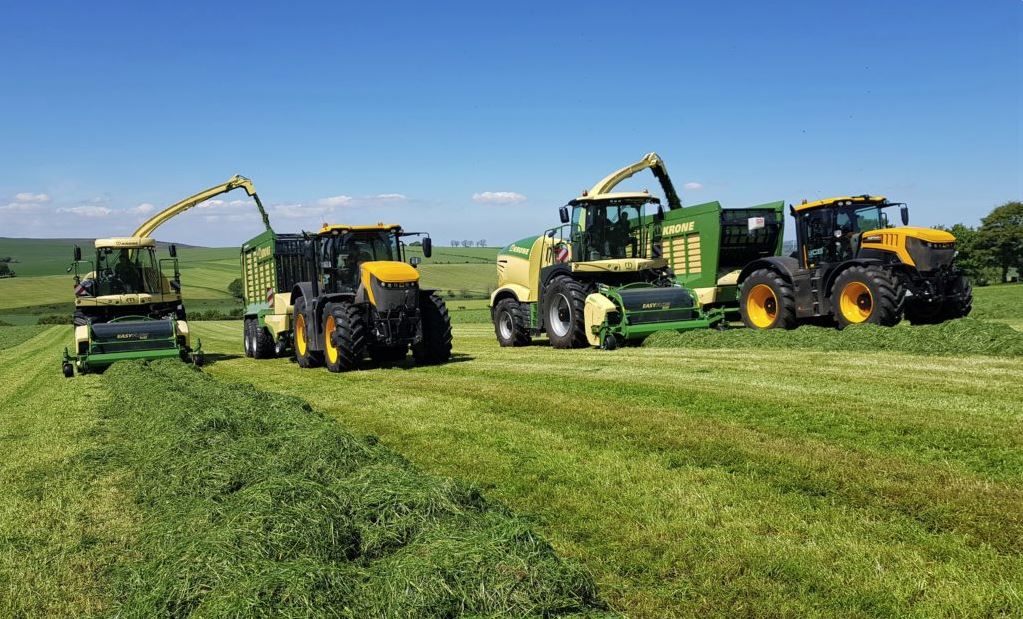 That means Krone claims to have a global market share of well over 10%. That’s significant, given that its BiG X project is less than two decades old.

The figures were revealed at a recent Krone event in Scotland, in which the company showcased the latest developments to enhance its foragers’ performance – specifically when tackling grass silage. 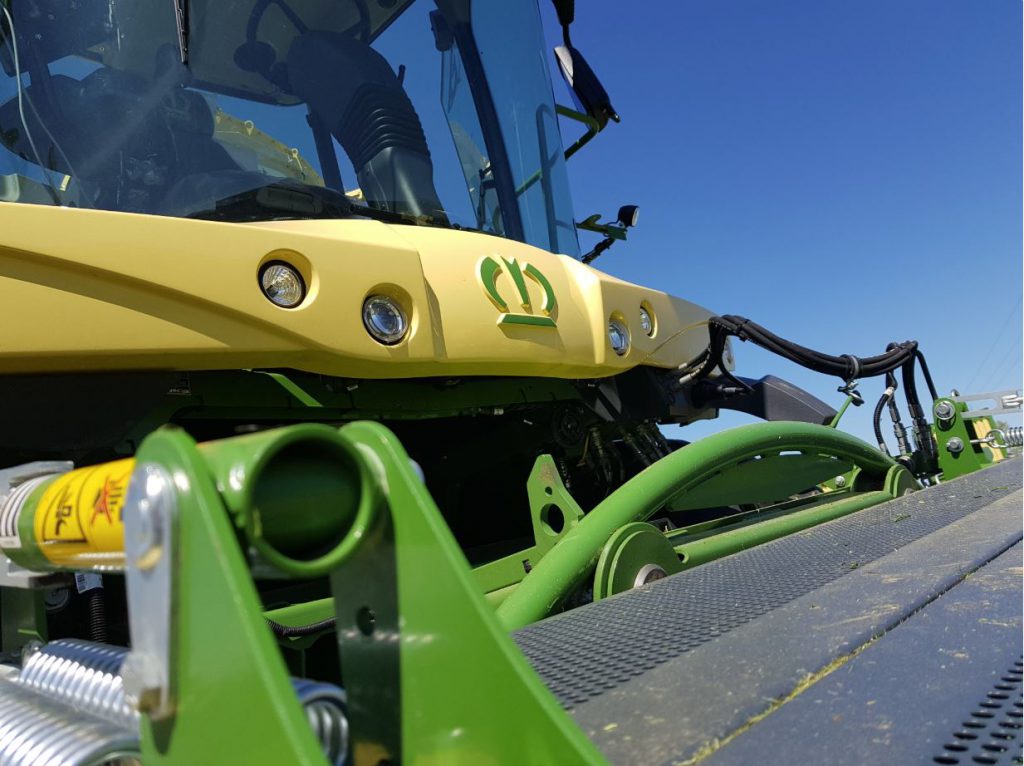 Claas is still the top-selling manufacturer of self-propelled forage harvesters around the globe. John Deere is also a significant contender worldwide.

However, it’s believed that Krone’s current production output – circa 320 machines per year – is now similar to (or even higher than) New Holland.