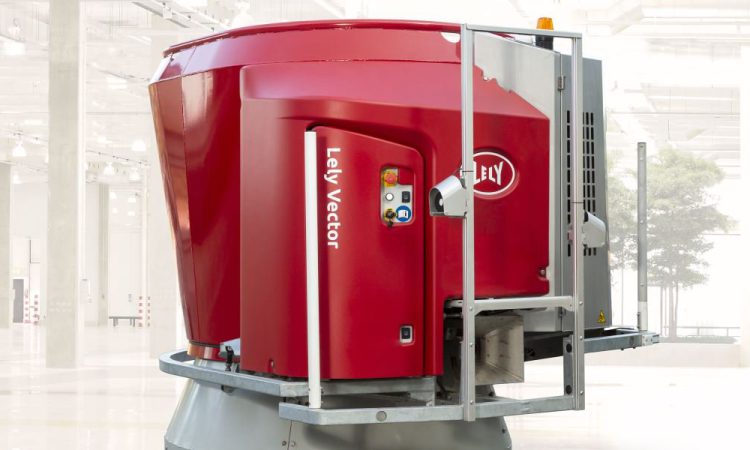 Agriculture Technology company Lely is introducing a new robotic feeding system, which will be officially launched next month.

The ‘Vector’ system will, according to the company, “deliver a fresh, consistent ration 24/7” as a result of its “redesigned knife distribution” and a “consistent auger rotational speed”.

The new innovation will be launched at the ‘Dairy-Tech’ event at Stoneleigh Park, Kenilworth, in the west-midlands of England on February 6, and will be available from Lely centres in the UK and Ireland.

Lely says that the machine will offer a “consistently mixed and balanced diet to help boost herd feed intakes, reduce the ability to sort, and ultimately improve overall health”.

The company also claims maintenance on the equipment will be easier and faster than on previous machines, and that the components are more durable and reliable.

Automation is all about giving farmers freedom of choice; it makes their lives easier and their businesses more successful.

The machine’s bumper is also galvanised for extra safety, while the stainless-steel auger and mixing bin incorporates a magnet.

According to Lely’s Rosy Harding, “the new Vector feeding system is the latest automation from Lely that takes away the repetitive work, and, in turn, provides farmers with the opportunity to focus on their cows, scheduling their day and overall farm management around them”.