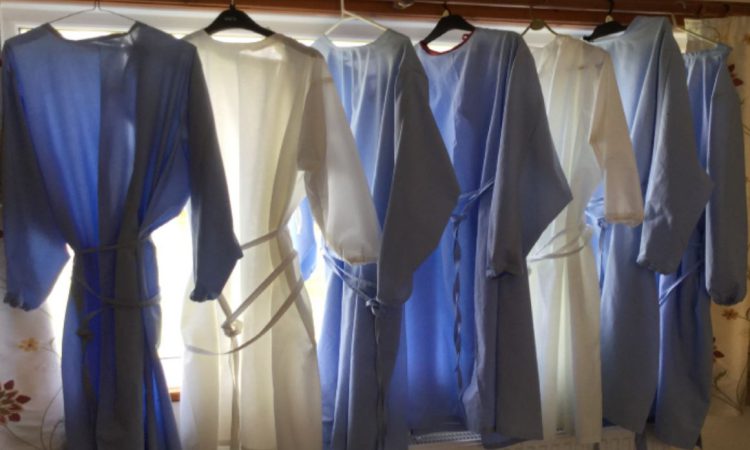 A Scottish agricultural college has found a novel way to help the frontline in the Covid-19 pandemic.

Bedsheets from Strathfillan Wigwams, part of Scotland’s Rural College (SRUC), were given a new lease of life as gowns for district nurses in Glasgow.

Rena Baillie, who manages the tourism business at SRUC’s Kirkton and Auchtertyre research farms in the West Highlands, has joined a self-isolating sewing group to make the gowns from bed linen for the NHS.

The group of five women, whose first order is for 400 gowns, turned out 24 in a week, including seven made from sheets from Kirkton Farmhouse, which is rented out alongside wigwams and lodges.

The gowns are washed at 90ºC, before being sent to the NHS, where they are being used by district nurses in Clarkston, Glasgow. Rena, who is making the gowns using a 1958 Singer sewing machine, said: “It’s great to help the NHS in any way possible. They are doing an amazing job.

“I have almost used all our own sheets and now have been supplied with duvets and sheets donated by locals.”