America’s Farm Bill 2018: Did it go far enough for farmers? 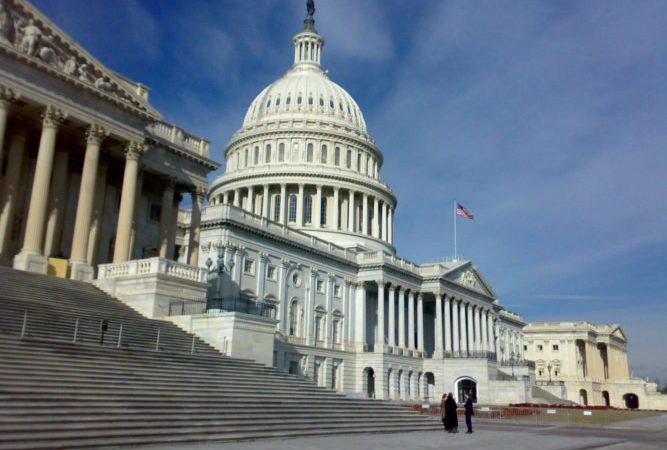 It was a bill that has been years in the making and one that was not without controversy.

While the bill’s arrival at the end of last month was greeted with enthusiasm by farmers, members of Congress and representatives from a significant number of agriculture groups, there are those that feel it just hasn’t gone far enough.

The bill ensures the protection of crop insurance programs, offers funds to producers who rely on government support in times of disaster, the provision of loans to farmers and expanded broadband assistance.

Meanwhile, The New York Times reports that the bill “ignores the real troubles of US agriculture”.

“For years Farm Bill subsidies have been skewed to benefit the rich and powerful.  The 2018 subsidies – nearly $900 billion worth – reinforces the status quo, and that’s a danger not just to small farmers but to the nation’s farms, period,” it said.

The newspaper went on to say that from 1996 to 2016 the top 10% of the companies that received Farm Bill’s commodity subsidies – the biggest operation in sales  – accounted for 77% of the total.

“This year’s bill continues to offer enormous subsidies to large corporations rather than prioritising the needs of the struggling farmer.

“Farms in the top 10% for crop sales received 68% of all crop insurance subsidies in 2014 according to the American Enterprise Institute,” the entity continued.

This year’s Farm Bill exempts marketing loan gains and loan deficiency payments – generally used by farmers when, because market prices are low, they would rather store than sell their crop – from payment limitations, the newspaper added.

Advertisement
It also permits farmers’ children and spouses – without ever having set foot on the farm – to count as “actively engaged” in farming; thus qualifying them for $125,000 worth of subsidy payments. It also allows nephews, nieces and cousins to be “daisy chained” in to receive these payments as well.

“Instead of making much-needed reforms to the nation’s farm safety programs, the final 2018 Farm Bill expands existing loopholes,” it said.

Meanwhile, and in a somewhat interesting development, the American Dairy Coalition penned a letter to President Trump before Christmas asking him to buy the 1.4 billion pounds of cheese that is sitting in cold storage facilities throughout the US. They encouraged him to then give it to people in need.

“Times are tough for dairy farmers across the United States; as each week passes, more hard-working dairy families are going out of business. Many feel helpless. We know you don’t want this to happen. Neither do we.

“Current assistance programs don’t appear to be helping and a rebound in milk prices does not appear to be on the horizon,” the coalition said.

The price of milk has dropped nearly 40% over the last four years. Cheese exports from the US to Mexico are down more than 10% annually and shipments to China have fallen almost 65% annually. If this isn’t bad enough, we face onerous and costly dairy regulations, as well as a shortage of workers – making it hard to find a way each day to stay in business.

“We want you to buy the 1.4 billion pounds of American cheddar and other types of cheese that is sitting in cold storage facilities throughout the US and give it to families and children in need.

“If you help us do this, we promise you that your money invested will not only provide children and parents with safe, nutritious cheese, it will give the American dairy economy a jump start to being profitable once again,” the coalition concluded.