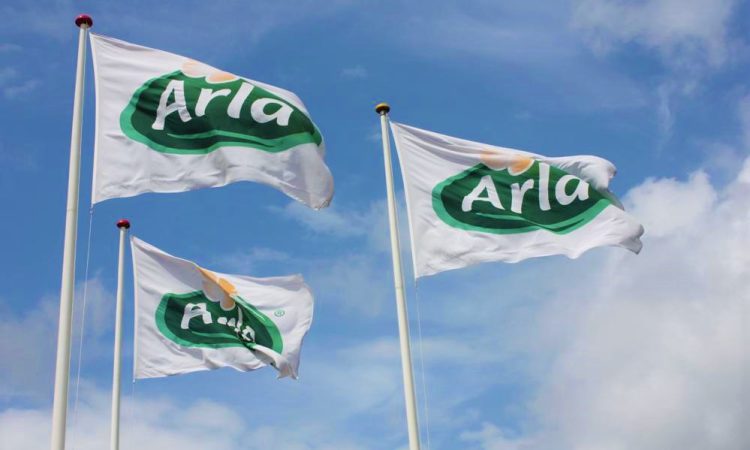 Dairy giant Arla has announced it will pay out its entire £252 million profit from 2018 to help its 11,200 milk suppliers minimise the impact of the difficult year.

After a difficult first quarter, the firm came out of 2018 with improved sales and brand share as the company’s performance grew stronger throughout the year.

The firm’s transformation programme ‘Calcium’ delivered cost-savings far beyond targets for the year and thanks to a historically strong balance sheet the Board of Directors has proposed to pay out the entire net profit for 2018 to farmer owners.

Group revenue increased to €10.4 billion (compared to €10.3 billion in 2017 and €9.6 billion in 2016) driven mainly by strong growth in branded sales volumes of 3.1% with a wider range of dairy products to meet consumer needs.

It saw Arla grow its share of branded business to 45.2%, surpassing the long-term target in the Good Growth Strategy 2020 of 45%.

Arla’s performance price – which measures the value the firm creates per kilogram of owner milk – rebounded after the first quarter and improved throughout the year, ending at a full-year average of 36.4c for 2018.

By the end of 2018, the negative impact of the summer’s drought in Europe was registered as expected growth in milk volumes stalled in Europe and Arla’s farmer-owners faced increasing feed prices.

Arla’s historically strong balance sheet has allowed the Board of Directors to propose an extraordinary one-time pay-out of the full net profit for 2018 of €290 million to farmer-owners. This will be paid out as an additional 2.3c/kg of milk.

Chairman Jan Toft Norgaard said: “As a farmer-owned dairy company we care deeply about the livelihoods of our farmers and we see how many of our colleagues have been affected by the drought last summer.

“We have this exceptional opportunity to help them without putting our company Arla at risk and I am proud that we have proposed to do so.”

In 2018 Arla regained its competitiveness through the cost-savings programme Calcium. Calcium was accelerated as a response to challenging external developments, such as the decline of the British pound and the Swedish krona as well as the historic shift in value between milk fat and protein.

“I am very happy to be able to say that the whole organization has embraced the journey and therefore we are already substantially changing the way we work, spend and invest in our business.

“As a result, we improved our performance as a business throughout the year and go into 2019 in a significantly better position than a year ago.”

Arla focuses its activities on two commercial zones, Europe and International. With total revenue of €6,507 million and representing 62% of Arla’s total group revenue, core brands in the European Zone performed above expectations and delivered strong branded growth of 2.5%.

Milk and yoghurts were popular among consumers as Skyr recorded a 22% sales growth, while Arla’s organic milk line sale grew by 2.7%.

The hot summer in Europe also had a positive effect on milk-based beverages sales which grew 10.1% to €248 million.

While revenue from Arla’s international growth markets outside of Europe were negatively impacted by exchange rates, the firm’s overall international business delivered a 4.6% branded volume-driven revenue growth and a total revenue of €1,576 million.

The Middle East and North Africa continues to be Arla’s biggest market outside Europe, with revenue there growing to €560 million in 2018 (compared to €549 million in 2017).

“We operate in a global market with fast-changing consumer food trends, political uncertainty and volatility. Despite this, our markets around the world delivered good results that we can build on in 2019. With our Good Growth strategy we are on the right track to strengthen our business in a sustainable way,” said Arla Foods CEO Peder Tuborgh.

2019 is expected to be another big investment year. Arla plans to invest €458 million in 2019 on projects including a new powder tower in Pronsfeld, Germany, the expansion and modernization of production sites in northern Europe as well as large investments in Arla Foods Ingredients.

Brexit remains a variable factor in setting the company’s expectations for 2019 as negotiations between the UK and EU progress.

Arla continuously monitors and assesses the situation to prepare the business for the various scenarios.

The firm expects to continue to deliver branded growth in both the European and International zones. Group revenue outlook for 2019 is expected to be €10.2-10.6 billion.

Net profit share is expected in the range of between 2.8 and 3.2% of group revenue and leverage in 2019 is expected to be within the target range of 2.8-3.4 despite full 2018 net profit pay-out to farmer owners.

Arla will publish its annual report on February 28 after the company’s Board of Representatives has decided how to appropriate the profits. 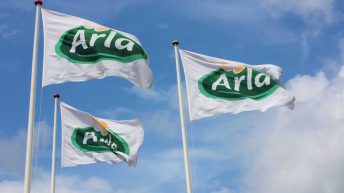