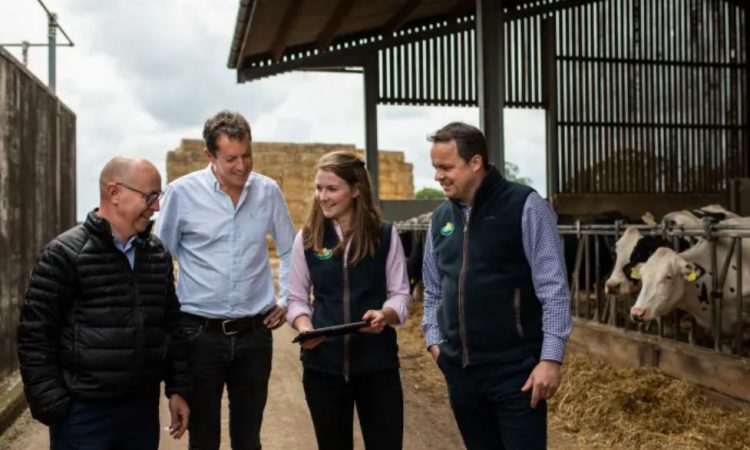 3D imagery systems will be trialled by Arla UK 360 farmers to help them identify changes in each cow’s physical wellbeing, mobility and weight before they are visible to the human eye.

The technology, Herdvision, has been developed by Kingshay working in partnership with the Centre for Machine Vision in the Bristol Robotics Lab at the University of the West of England and AgsenZe.

It allows measurements that currently have to be made subjectively by the human eye, to instead be made using visual monitoring, data recording and automated intelligence to assist in managing cow welfare.

The Herdvision scanner is currently being trialled on 10 Arla UK 360 farms with the trial set to continue until an evidence-based decision can be made about the benefits of this type of technology.

The trial has been welcomed by Morrisons which is supporting the Arla UK 360 programme across its entire Arla milk supply.

Sophie Throup, senior agriculture manager at Morrisons, said: “Technology and innovations opening up further improvements in the health and welfare of livestock is exciting.

Having organised trials for these tools to help Arla UK 360 farmers enhance their already leading standards is encouraging, and a further demonstration of why we wanted to adopt the 360 standards in full for the farms who supply us.

“Our customers care about animal welfare, so to know that these trials can improve the well-being of the animals supplying their milk is reassuring.”

Arthur Fearnell, elected Arla board member and one of the farmers currently transitioning to the Arla UK 360 programme, said: “Technology has moved on so much in the last decade and it is providing new opportunities to enhance animal health further.

“The systems Arla UK 360 farmers are now trialling give a picture of each animal’s health that humans alone could only dream of seeing.

Identifying early signs of change has a positive impact across the board – from overall cow wellbeing, to better milk production, a reduced need for medication and increased fertility rates.”

While there are already other scanning technologies on the market, the new Herdvision technology doesn’t require the cow to stand still meaning it is easier to use and gives much greater accuracy in the results.

Duncan Forbes, dairy research director of Kingshay, explained: “Much like humans reacting differently, if we know there is a camera filming us, cows do the same, affecting the way they walk or move.

“Overcoming that issue, and with artificial intelligence built into the system, this system will measure and identify changes to cow health based on each cow’s health record.”

If trials are successful, the automation of monitoring body conditioning, mobility and herd health in this way could provide an important component for Arla’s Happy Cow measure; Arla’s vision for using future technology to bring together physical and behavioural wellbeing metrics into one overall picture of animal wellbeing. 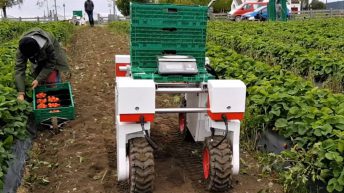 £6.4 million awarded to set up UK’s first Global Centre of Excellence in Agri-robotics